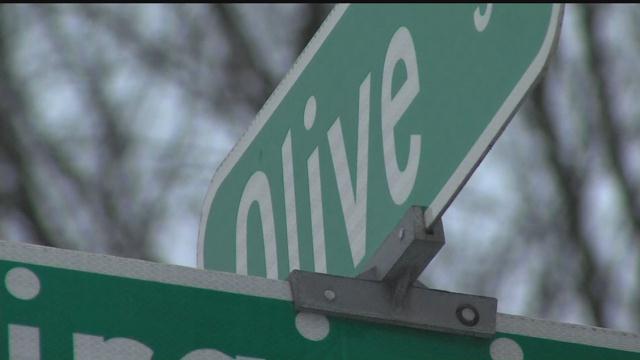 One of the victims spoke to CBS 58 about what he did when a gun was pointed in his face.

Police say it was a Domino’s driver on Tuesday night and a China House driver on Wednesday.

Both called out to deliver food to a home on Olive street; one that didn’t belong to the suspect.

"Didn't expect to get robbed in that neighborhood. I knew something was up when I saw him ducking down before the fence. They were waiting for me when I pulled up to the house," said China House Driver Timothy Stewart.

Stewart says it was his second to last delivery to this home but didn’t start out suspicious.

But once he got there, memories  from the initial phone call made him nervous.

"When he called he asked that he needed change for a 50 and then when I got there he said come to the back door. There was no one there. It was pitch black, no cars in the driveway," said Stewart.

So he walked back to the front of the home and that’s where the trouble started.

"As soon as I got back to the fence line he jumped out with a gun and said give me your money. I told him I didn't have any money," said Stewart.

Neighbors tell us police came by earlier  in the day and told them the suspect was hiding between these two homes. When the driver would park on Olive Street he'd come out and point a gun at them.

The owner of the home has nothing to do with the robbery and is so nervous for his family’s safety he doesn’t want to talk on camera. A sentiment shared by many others who live here.

"We don't want to call a delivery place anymore after this because we fear for their safety and our own," said neighbor Thomas Emmerich.

Stewart says the thief only got away with a couple bucks and is thankful things didn’t turn out worse.

"He said "I'm gonna take your phone," and I snatched his hand back but he ripped my pocket. He got a few dollars but he didn't get my phone. I yelled help police and he took off running," said Stewart.