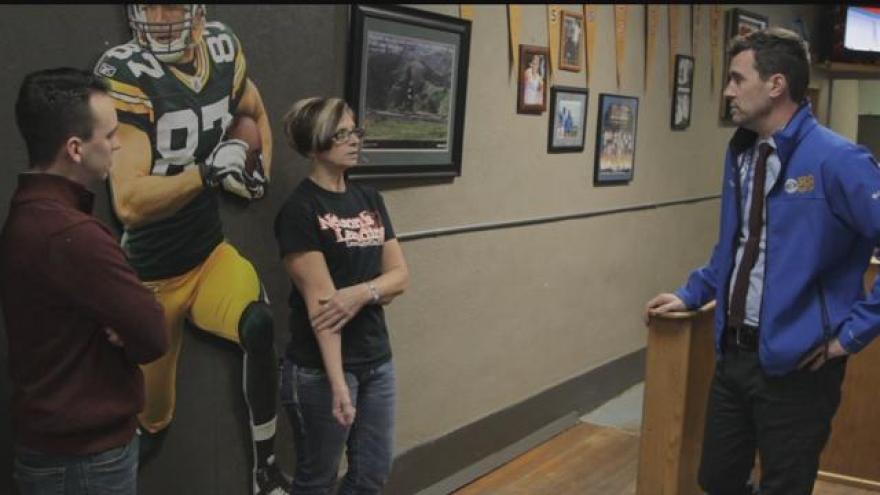 Kim Nelson is the mother of a multi-million dollar wide receiver who is arguably one of the top five receivers in the NFL. But, instead of going on a cruise or traveling through Europe, Kim Nelson spends her days serving folks in the small town of Leonardsville, Kansas at Nelson’s Landing the family restaurant which opened in 2007.

“I was there for the first time he ran out onto the field and he started, and that was just a feeling like no other,” said Kim Nelson.

Leonardsville has a population of 450 and also the home of a restaurant that lines the walls with Jordy’s accomplishments.

A star high school quarterback for the Riley County Falcons, Jordy was still not a star recruit. He had scholarship offers for smaller schools but instead followed his dream, “but he said I never wanted that what if in the back of my mind. What if I had walked on at K-state?”

Last fall, Kansas State named him to their ring of honor and the locker room in their 250,000 square foot athletic complex isn’t just named after Jordy, it carries the whole Nelson family name, "he's not the type to want his name on everything,” said Kim.

Nelson was the first draft pick for the Green Bay Packers in the second round of the 2008 draft, but mom remembers the draft pick getting booed by the fans, “they were like, why do they need another receiver? It's kind of funny"

But ask any fan now and they’re happy to have Jordy. And mom is happy that her son is in Green Bay, “it's like the perfect fit. Where they live, it's like home. Not many players get to stay with one team, or one quarterback.”

According to Mrs. Nelson, Jordy’s plan after football is to come back to Kansas and farm the land while possibly coaching the local high school football team.