It happened over the weekend at the center located near 13th and Lincoln.

In surveillance video, the suspect is seen painting the center's glass with the letters I-N-G-S-O-C, referring to a fictitious totalitarian government.

Jaime Florez, the communications director for the Republican National Committee, says no one was at the center when it happened, and the assault was not personal or against anyone in his party or the community.

"We reject this hate and intolerance manifestation, and we disagree with whoever it was that's responsible for what they did in our offices in Milwaukee," said Florez. "We want to see a country that can live among their differences, among our differences with the rest of our fellow Americans."

The Milwaukee Police Department is investigating the incident and seeks an unknown suspect. 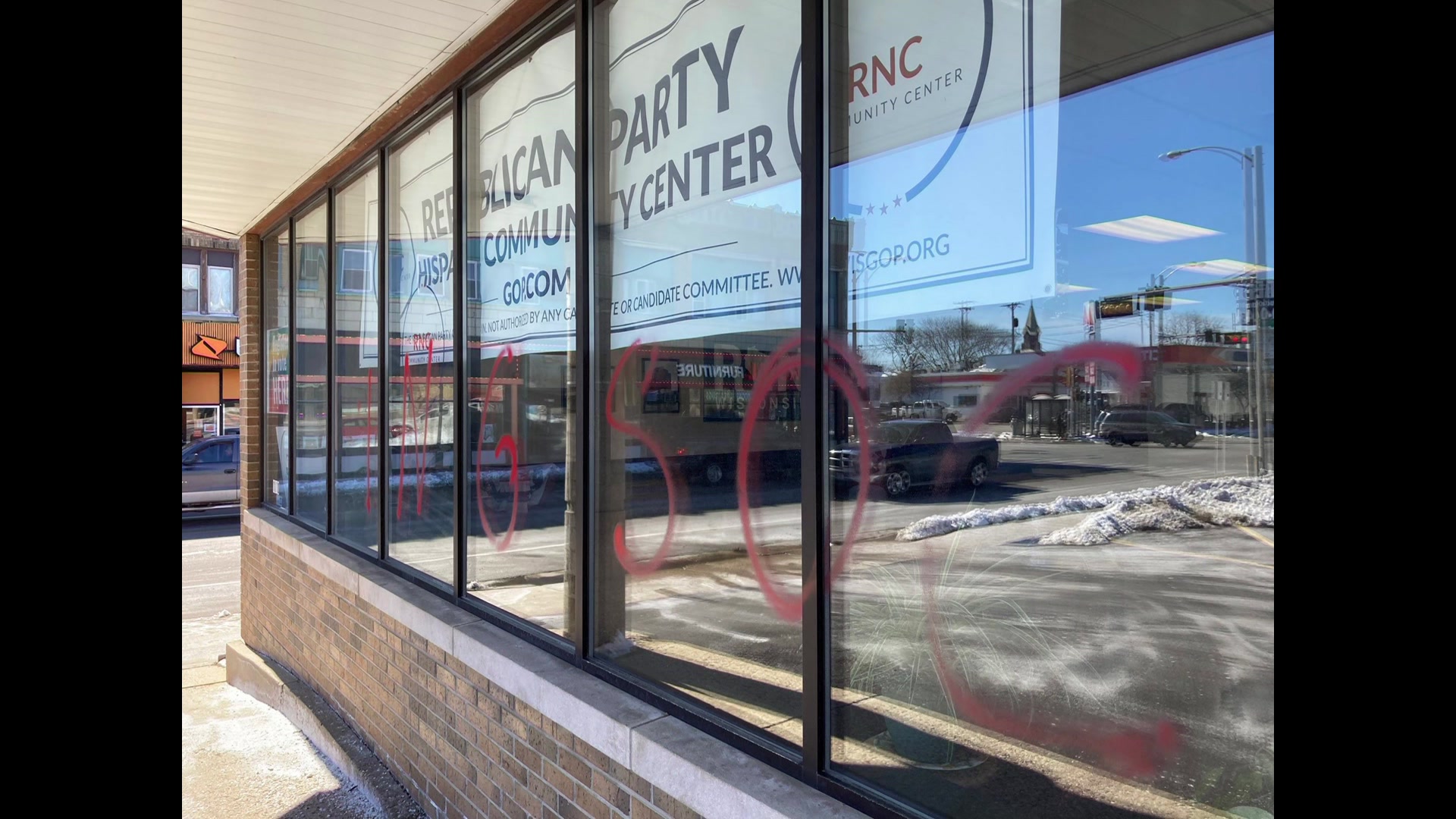