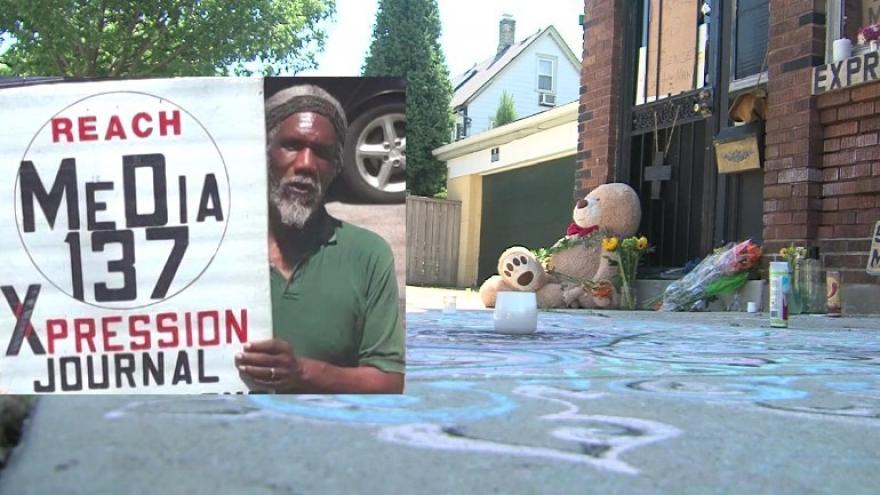 MILWAUKEE (CBS 58) -- Dozens of people came together to mourn the loss of a well-known figure in Milwaukee's Riverwest neighborhood Sunday, July 26.

59-year-old Bernell Trammell, or "Ras" as he was known, was shot and killed outside of a small business he owned last week near Bremen and Wright. He was known and seen by many carrying political signs and was not afraid to express his opinions or political views. His support was across the political spectrum.

Trammell was often seen with a sign supporting democrat Lena Taylor for mayor on one side, and supporting President Trump on the other side. Taylor says she hopes his political viewers were not the reason he was killed.

Milwaukee police have not made any arrests in the case, and have not said if his killing was politically motivated.