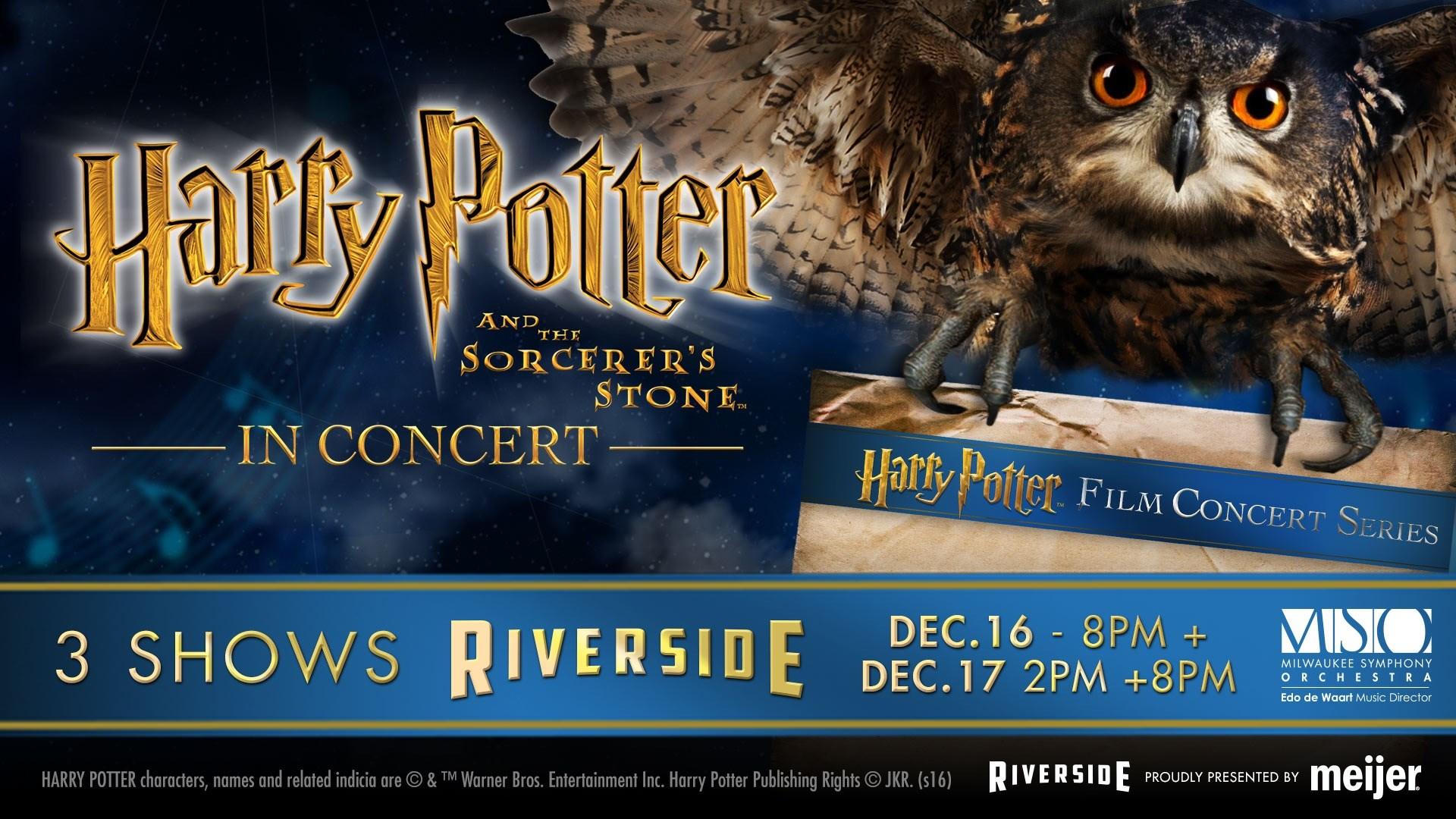 The Riverside Theater announced Friday that the Milwaukee Symphony Orchestra will perform Harry Potter and the Sorcerer’s Stone in Concert on December 16th and 17th as part of The Harry Potter Film Concert Series. The concert will feature a live symphony orchestra performing, to picture, every note from Harry Potter and the Sorcerer’s Stone. Audiences will be able to relive the magic of the film in high-definition on a 40-foot screen while hearing the orchestra perform John Williams’ unforgettable score.

Tickets go on sale Friday, June 10th at 12:00 PM via Pabst Theater or Riverside Theater box offices or at pabsttheater.org.

Justin Freer, President of CineConcerts and Producer/Conductor of The Harry Potter Film Concert Series explains, "The Harry Potter film series is one of those once-in-a-lifetime cultural phenomena that continues to delight millions of fans around the world. It is with great pleasure that we introduce for the first time ever an opportunity to experience the award-winning music scores played live by a symphony orchestra, all while the beloved film is simultaneously projected onto the big screen. It will be an unforgettable event.”

Brady Beaubien of CineConcerts and Concert Producer for The Harry Potter Film Concert Series added, “Harry Potter is synonymous with excitement around the entire world and we hope that by performing this incredible music with the full movie, audiences will enjoy returning to this world, and to the many wonderful characters and adventures that inhabit it.”