Rick Santorum says in debate: "Not All Muslims are Jihadists. All jihadists are Muslim." 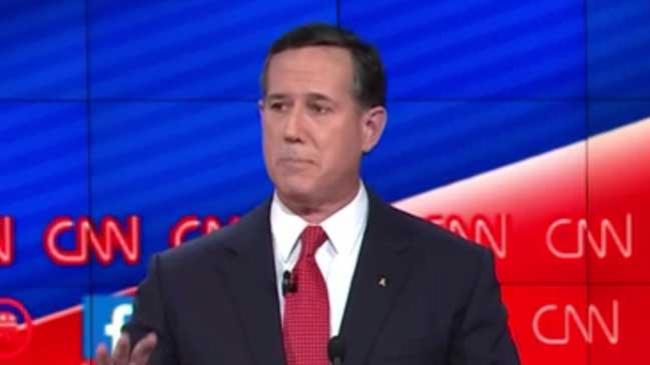 Four lower-polling GOP White House hopefuls kicked off CNN's so-called "undercard" debate by raising alarm about the threat of radical Islam. And many of them slammed the proposal from Donald Trump, the party's front-runner, to temporarily ban all Muslims from entering the United States.

"You may think this makes us safe, but it doesn't," said South Carolina Sen. Lindsey Graham, one of Trump's most vocal critics. "Donald Trump has done the one single thing you cannot do -- declare war on Islam itself."

Former Pennsylvania Sen. Rick Santorum said he opposed the deal, saying it's "not the right proposal."

But Santorum blasted a culture of political correctness that he faults for blunting debate over the role of Muslims in society.

"Not all Muslims are jihadists," he said. "All jihadists are Muslim."

Santorum and Graham were joined at the undercard debate by former Arkansas Gov. Mike Huckabee and former New York Gov. George Pataki. All four are polling in the low-single digits, and risk being next on the chopping block if they're unable to gain real momentum soon.

Though they had different views on the use of surveillance to track and fight ISIS, they unanimously slammed President Barack Obama's handling of terrorism — particularly seizing on his comment last month that the Islamic State had been "contained."

"We are pretending that this is a war that is not very significant," Huckabee said. "We have a president who called it the JV team, said we had contained it."

"I am seeking victory, folks, not containment," Graham said.