Review of Wisconsin voting machines could be made public 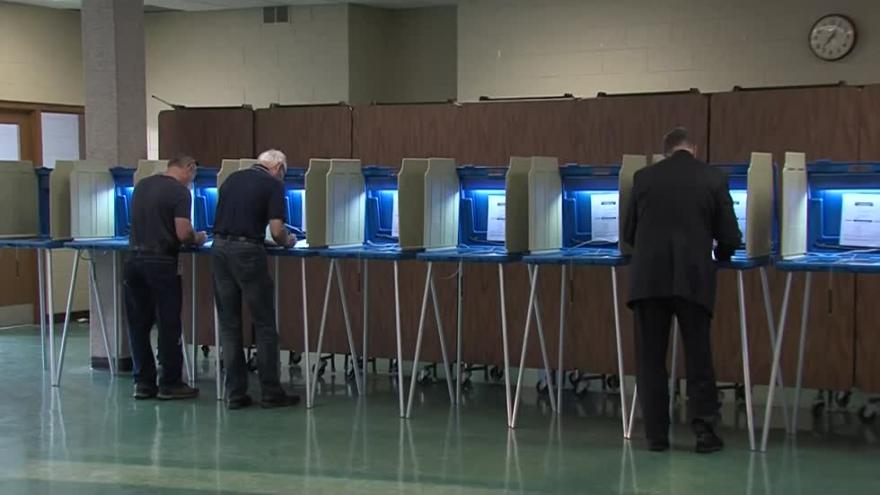 MADISON, Wis. (AP) — Election security experts are watching a Wisconsin court case stemming from the 2016 presidential recount that could result in the first public conclusions on whether closely guarded ballot-counting machines were hacked or failed to perform.

The key question at the heart of the case is whether former Green Party presidential candidate Jill Stein will be allowed to comment publicly on what her auditors find in a review of Wisconsin voting machines' computer code.

Stein's request for a recount of the presidential election results in Wisconsin gives her the right to review the code under state law. All the parties involved must sign an agreement to keep propriety information confidential. The voting machines' manufacturers argue that agreement should bar Stein's group from making any conclusions or opinions about the machines' performance public.

A Madison judge in December gave Stein's experts permission to talk when the check has been completed. The audit hasn't been scheduled yet with the court case still pending. The voting machines' manufacturers have until Monday to appeal the ruling.

States including California and Colorado conduct pre-election audits of machines' source code to certify them for use, but Stein's group says no one has reviewed how the machines have performed during an election.

Three companies — Election Systems & Software of Omaha, Nebraska; Dominion Voting Systems of Denver; and Hart Intercivic of Austin, Texas — supply more than 90 percent of voting machines. The companies effectively run elections either directly or through subcontractors across much of the country. Despite their key role in the American democratic system, they face little federal regulation and closely guard their financial and operational secrets.

Wisconsin recount law allows all parties involved to examine the state's voting machines. That's important because an audit of the machines' codes could reveal whether someone tampered with them. The recount law allows the audit only if all examiners sign an agreement not to disclose any proprietary information, however.

Electronic Systems & Software and Dominion Voting Systems supply most of the machines used in Wisconsin elections. The two companies filed a lawsuit in April demanding the nondisclosure agreement prohibit Stein's auditors and campaign from publicly discussing any conclusions and criticisms stemming from the review. The companies argued public discussion amounts to an unauthorized use or disclosure of proprietary information.

"After (the Stein campaign's) review, its experts might say 'The software works as expected,' or 'We think the accuracy of the software's vote-counting function is vulnerable to third-party interference and needs to be improved,'" Ehlke wrote. "An opinion — even if formed after viewing the propriety information — is not by itself proprietary information."

Stein's campaign hailed the decision as "huge win for voters everywhere, and for the common-sense principle that the accuracy and reliability of our voting system is more important than shielding corporations from scrutiny."

Asked whether Dominion and ES&S would appeal, the companies' attorney, Mike Maistelman, said they were weighing their options. He declined further comment.

As part of a lawsuit filed in Georgia challenging the outcome of the lieutenant governor's race in November, several Georgia voters sought access to voting machines in three counties so their experts could perform a forensic examination that would include a review of the machines' internal memory.

They were denied the opportunity to do those inspections before the judge dismissed their petition following a trial earlier this month. An appeal is pending with the Georgia Supreme Court.