KENOSHA. Wis. (CBS 58) -- Civil rights activist Rev. Jesse Jackson was in Kenosha Thursday, Aug. 27, to address the shooting of Jacob Blake. He was joined by state officials, and members of local organizations like the NAACP and LULAC.

Rev. Jackson is calling for a transparent investigation into Jacob Blake’s shooting.

Jackson says there is a moral desert when it comes to these incidents-and officers need to be held accountable.

Press conference with #JesseJackson will begin soon on #Kenosha calling for peace to prevail, but he is also calling for a transparent and unbiased investigation. pic.twitter.com/c0GzQYgLNQ

The civil rights activist was joined by local leaders in Kenosha to address the police shooting of Jacob Blake.

Jackson drew parallel between Sunday’s shooting to those involving George Floyd, Breonna Taylor, and the shootings of other Black people over the years.

"Shot in the back 7 times,” said Jackson. “In front of his children, no justification.”

At the news conference members from the NAACP, LULAC, AND THE Rainbow Push Coalition, criticized the treatment Black people face when dealing with law enforcement.

"The unfortunate and sobering reality is that Black men and women are under perpetual fear of having their lives taken from them at any given moment while engaging with police officers,” said Wendell Harris, the president of the Wisconsin NAACP. 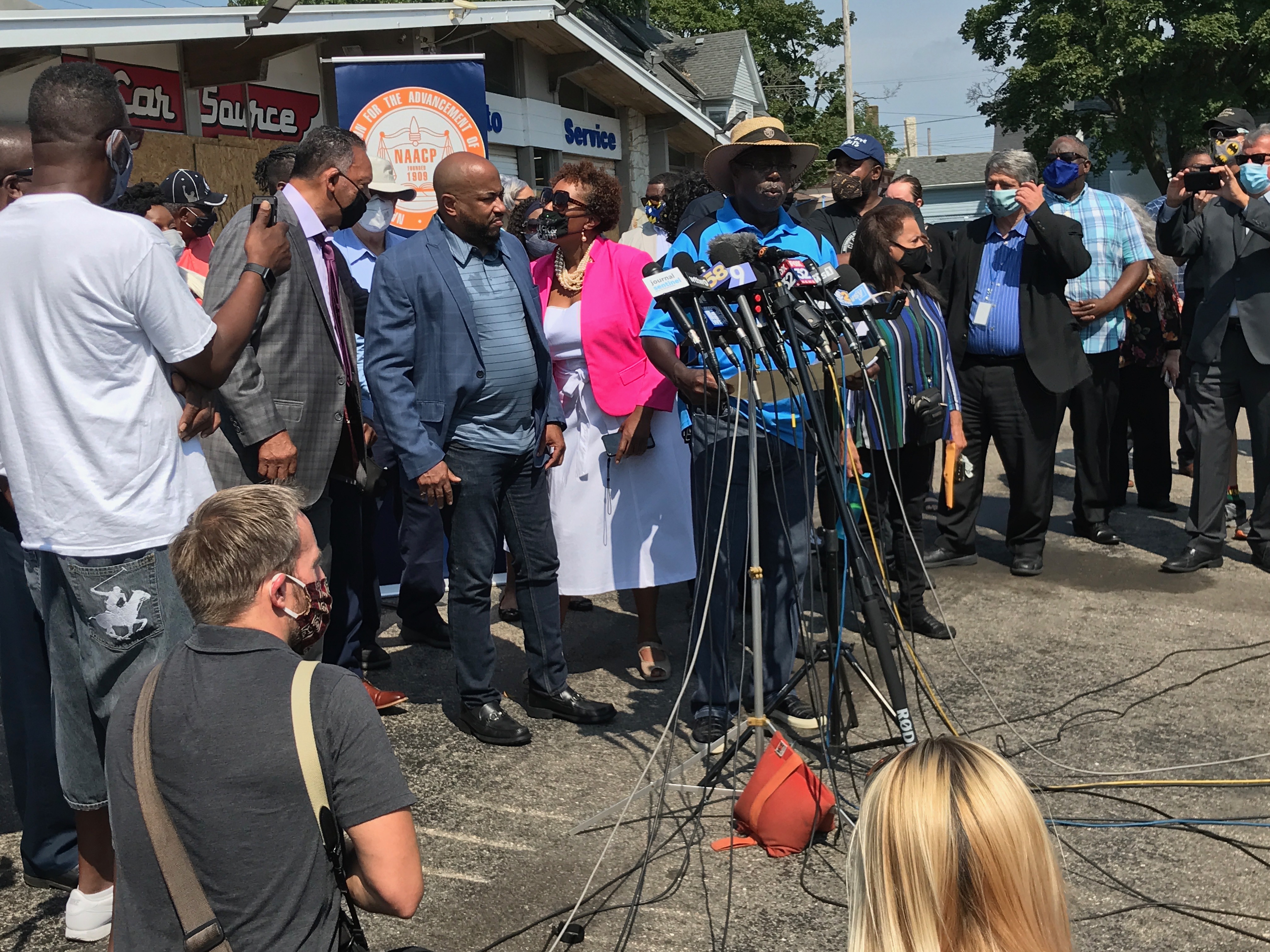 Jackson called the peaceful arrest of 17-year-old Kyle Rittenhouse who is charged with killing two people a double standard.

"When Roof killed 9 Black people in a church in South Carolina, police took him to get a hamburger before taking him to jail,” said Jackson.

Jackson wants peace to prevail but also an unbiased investigation of Jacob Blake’s shooting, asking the state’s attorney general to move quickly because they won’t stop marching until they get justice.

"I really hope that the three men who shot Jacob Blake and attempted murder should be in jail until he can walk,” said Jackson. “We must know that justice works for the people.”

Members from the Rainbow Push Coalition had a prayer service scheduled for Jacob Blake this afternoon after the press conference, but it was postponed because according to the family, Blake had to have a small procedure done.