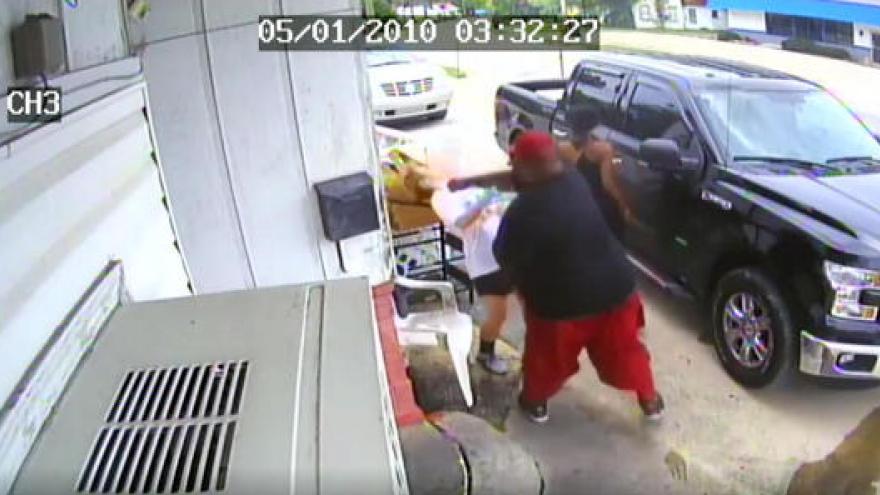 (CBSNews) BAXLEY, Ga. -- A Georgia restaurant owner and her teenage daughter said they were attacked by customers who were served cold chicken, CBS affiliate WTOC-TV in Savannah reports.

Jeanette Norris, owner of the Qwik Chik restaurant in Baxley, Georgia, said the attack happened Thursday after a couple complained about their order of chicken being cold. After a few minutes of arguing back-and-forth, Norris said she refunded their money -- but this did not satisfy the customers.

"She went berserk," Norris told WTOC-TV. "They both lost it, him and her both started cussing and beating on the window."

Norris confronted the couple outside, telling them she had called the police, but the female customer began striking her.

Norris's daughter then exited a truck to help when the male customer punched the teenager in the face.

"One of my employees yelled, 'He's got her, he's got her,'" Norris says. "And that's when I realized he had hit her. Who does that? Who punches a child like she's a grown man standing there?"

The couple managed to flee the scene before police arrived. Norris was left with two black eyes and a broken nose. Her daughter also suffered a black eye.

Baxley Police Chief James Godfrey said he's never witnessed an unprovoked attack like this before. "The camera surveillance footage that we put out tells it all," he told the station. "That's just brutality."

Police have identified the suspects as Eric and Latasha Smith, who both face several felony warrants.

Officers said the couple could be driving a Cadillac Escalade or a Cadillac DeVille with Georgia license plates.