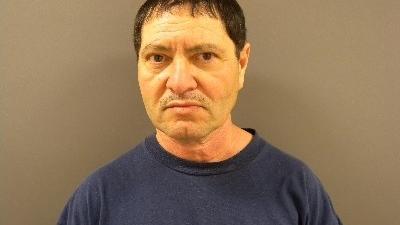 CBS 58—A 15-year-old boy was sexually assaulted at work by a customer and his bosses didn't call police.

According to an amended criminal complaint, filed Wednesday, Adrian Fernandez, a registered sex offender, is charged with three felonies including sexual assault of a child. Police say he assaulted the teenage employee at a Racine McDonald's. The incident wasn't reported to police until the boy's parents stepped in.

On April 30 police say Fernandez went in to a McDonald's at 3037 Douglas Avenue in Racine, and assaulted a 15-year-old employee in the bathroom.

According to the complaint against Fernandez: “[The victim] immediately reported the incident to his manager, while Fernandez was sitting inside the business, and was told to alert someone if Fernandez came back to the business again.”

Police say Fernandez came back the next day and made several sexually suggestive comments and gestures to the same teen.

The complaint states: “The manager told [the victim] to tell another manager, but to advise her if Fernandez did anything else to [the victim].”

The next day the victim's mom took him to the police station to report the incident.

This version of events is very different from the original criminal complaint filed May 31. The discrepancies were first discovered by Racine County Eye. That complaint said it was McDonald's management who called police earlier in the month to report the assault. That turns out not to be the case.

Fernandez, who was convicted of sexual assault in the 1980s, is currently in jail, set to appear in court again June 15.

In a statement to CBS 58 news-the owner of the McDonald's, Dottie Metz, said "I care greatly about the safety and well-being of my employees and continue to cooperate with local law enforcement in their investigation."

Metz did not comment on if the managers were disciplined.

At this point it's also unclear why the original criminal complaint was so different from the amended complaint.