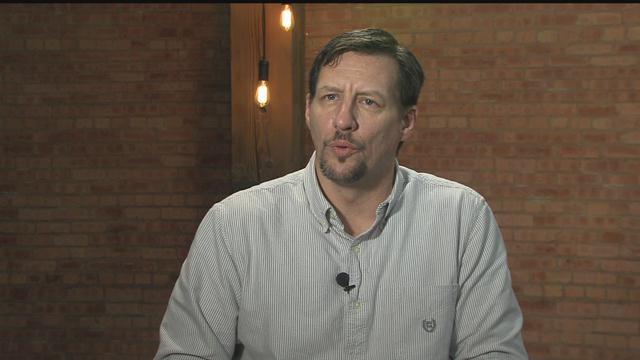 NASA ground controllers tried to keep their composure as a disaster played out before their eyes.   30-years ago today, Space Shuttle Challenger blew up shortly after launch, killing its crew of 6-astronauts and one school teacher, and shocking a global audience watching live.

Many people today are remembering exactly where they were when this happened including CBS 58 Assignment Desk Manager David Wheaton, who was assigned to a navy ship sent to search  for debris from the challenger.

"It was almost like shock.  We were still, we had a job to do and we focused on the job at hand...At that point and by the time we had gotten to the scene, to the area and the debris field, it was a recovery, it wasn't rescue."

Speaker Ryan was one of many students who tuned in that day to watch Christa McAuliffe from Concord, New Hampshire, who was chosen from 11,000 teachers to be the first teacher to go to space.

Racine Unified School District’s Planetarium Director, John Surendonk, said, “Growing up in the 60s everyone had an interest in space."

Thirty years ago today he was teaching a 4th grade classroom.

"Kids were excited faculty was excited. She was carrying dreams of lots of kids and lots of teachers with her," said Surendonk. “Moments after liftoff you saw this big cloud.  And pieces of the cloud going in all different directions and you knew instantaneously something bad had happened.”

Carthage Graduate students got the chance to fly on a NASA experiment with Barbara Morgan. She was the teacher 2nd in line after Christa McauLiffe to fly on the Challenger.

And after Mcauliffe's death,  she became the first teacher-astronaut in space.

"It was a thrill to meet her and be connected to something that I had grown up obviously as a young person. It was really devastating to all of us who were fans of the space program. And we wondered whether it would continue,” Crosby said.

The Challenger serves as a reminder for the scientist, and a lesson for the teacher.