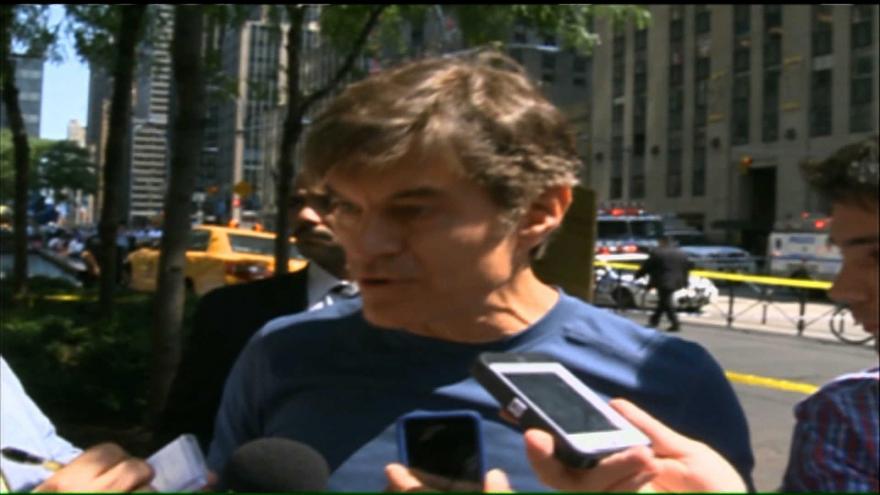 Dr. Mehmet Oz has been under fire recently for promoting weight loss products on TV's "The Dr. Oz Show" that aren't backed by a lot of scientific evidence. Now a study supporting one of those products, diet pills made with green coffee bean extract, has been withdrawn by its lead researchers.

"The sponsors of the study cannot assure the validity of the data so we, Joe Vinson and Bryan Burnham, are retracting the paper," the pair of scientists posted online.

The small study, published in 2012 in the journal Diabetes, Metabolic Syndrome and Obesity: Targets and Therapy, found that the main ingredient in green coffee beans helped human participants lose, on average, 18 pounds over 22 weeks. It was funded by Applied Food Sciences Inc.

This year, the Federal Trade Commission filed a complaint (PDF) against the company, saying it paid researchers in India to conduct a trial on Green Coffee Antioxidant. The FTC says the study's unnamed lead investigator "repeatedly: (1) altered the weights and other key measurements of the subjects; (2) changed the length of the trial; and (3) confused which subjects took either the placebo or GCA at various points during the trial."

In the complaint, the FTC says that Applied Food Sciences asked Vinson and Burnham to write up the India researcher's study results for publication but that the pair of scientists never reviewed the raw data, despite noting several discrepancies in the data sets they received.

"We retracted the paper because of an error in one of (the) data points on the BMI graph and because, as the FTC pointed out to us, there was inadequate disclosure of diet restrictions on the subjects and inadequate disclosure of the blinding procedures for the supplements given the subjects," Vinson and Burnham said in a joint statement Thursday.

The researchers added that while they did not have the raw data collections, they did seek clarification from the India researcher on how the study was conducted and "at no time did we suspect the data provided were fraudulent."

"Applied Food Sciences knew or should have known that this botched study didn't prove anything," Jessica Rich, director of the FTC's Bureau of Consumer Protection, said after the company settled with the FTC in September.

"In publicizing the results, it helped fuel the green coffee phenomenon."

The FTC says Oz also played a role in promoting the diet pills. Oz was grilled by a Senate panel in June over the weight loss products being publicized on his show.

"In prior seasons, we covered Green Coffee Extract and its potential as a useful tool for weight loss," the show posted on its website this week. "Recently the authors of the peer reviewed research paper on which our coverage had been partially based formally retracted their study. While this sometimes happens in scientific research, it indicates that further study is needed regarding any potential benefits of Green Coffee Extract."