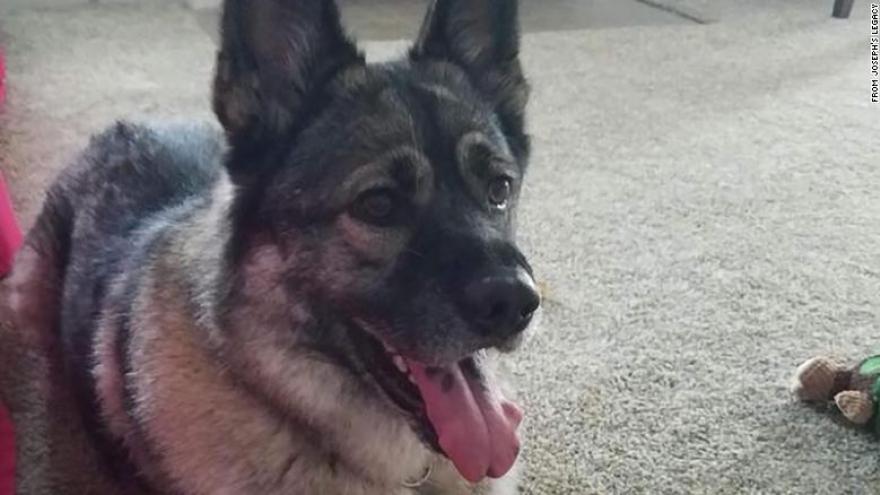 (CNN) -- A rescue dog was found beaten to death in an Ohio prison cell. Now an animal rescue group has pulled its animals from a program that paired inmates with shelter dogs, and the state is investigating what happened.

Evie, a German Shepherd mix, was found unresponsive in a cell last month, according to a Facebook post from Joseph's Legacy Rescue, an animal rescue group in Middletown, Ohio. The group said Sunday that a necropsy on Evie showed she died of blunt force trauma to her abdomen, which damaged her kidneys and caused her liver to hemorrhage.

"We're all undeniably angered and overwhelmingly upset," the Facebook post said. "We have removed all our dogs from this program and (they) will not return."

Three other dogs had been at Warren Correctional Institution in Lebanon, Ohio. They were part of a year-old program there where "trusted inmates" worked with shelter dogs to teach them discipline, while the inmates learned compassion for animals, CNN affiliate WCPO in Cincinnati reported.

CNN has reached out to the Ohio Department of Rehabilitation & Correction for comment on the program and is waiting to hear back.

Evie had been with Joseph's Legacy Rescue since 2015 after she was hit by a car and left with a broken hip, the rescue group said. She prospered after recovering from hip surgery and seemed close to being ready for adoption.

"She had her happily-ever-after, we thought," Meg Melampy, president of Joseph's Legacy Rescue, told CNN affiliate WKRC in Cincinnati.

Joseph's Legacy Rescue wants charges filed against whoever is responsible for Evie's death. And the group wants Ohio's correctional system to make sure rescue dogs don't end up in the same space as violent inmates.

"I can't imagine she's not here anymore," Katherine Hurting, who had fostered Evie, told WCPO. "To some folks, these dogs might not have much meaning. To a lot of folks, these are family members."