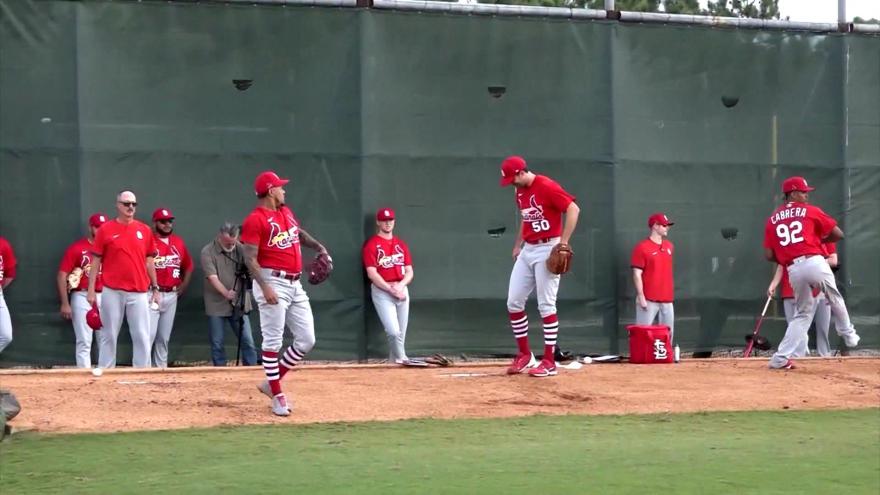 MILWAUKEE (CBS 58) -- Reports surfaced Monday, Aug. 3, members of the St. Louis Cardinals were at a casino prior to their series with the Milwaukee Brewers, where they had seven people test positive for COVID-19. That forced Major League Baseball to change their stance on teams leaving hotel from strongly discourage to not allowed.

General Manager David Stearns said the Cardinals had zero contact with the Brewers and that includes the visiting clubhouse staff.

The Crew has had to set the reset button as the Chicago White Sox come to town. Like the Brewers, the White Sox had two players test positive for COVID-19 during the teams initial intake back when Summer Camp started. Even with those players cleared to resume workouts, every game day continues to feel like a gamble.

“It's a waiting game. We understand that major-league baseball needs as much information as possible before making decisions about canceling games. So, we are kind of prepared to play each and every day until we are told otherwise and that’s the way were going to approach it," said Stearns.

Stearns used the word "robust" when describing the deep clean the visiting clubhouse received. Hopefully it’s good enough to get the teams to the 7:10 p.m. first pitch.