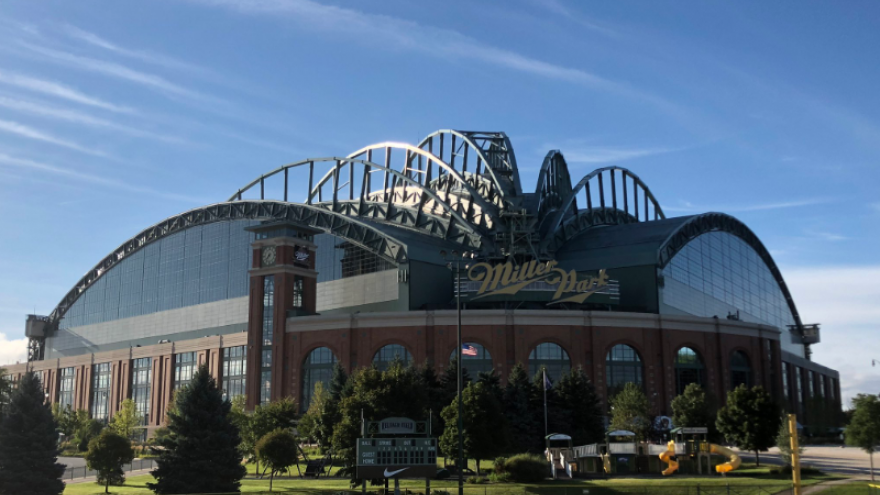 The following statement was released on Friday, July 31:

"Today’s scheduled game between the Milwaukee Brewers and the St. Louis Cardinals at Miller Park has been rescheduled as part of a traditional doubleheader on Sunday, August 2nd at 1:10 p.m. (CT). The rescheduling as a result of two positive COVID-19 tests in the Cardinals’ organization is consistent with protocols to allow enough time for additional testing and contact tracing to be conducted. Saturday’s game between the Clubs will remain as scheduled for 6:10 p.m. (CT). Major League Baseball will continue to provide updates as appropriate."

"We are supportive of Major League Baseball’s decision to postpone today’s game and look forward to playing our home opener as soon as conditions safely allow. The health and safety of our players and employees are, and will continue to be, our top priorities."

- tomorrow’s game is still on for now. Cardinals getting tested again today

MILWAUKEE (CBS 58) -- A reporter for the MLB Network says the Milwaukee Brewers home opener is being postponed Friday, July 31 due to positive COVID-19 tests in the St. Louis Cardinals organization.

Can confirm #STLCards games at #Brewers game has been postponed. @JonHeyman 1st. Cards are self-isolating at their hotel, not going to the park.

A Cardinals beat writer for St. Louis Post-Dispatch is also confirming the report.

#Cardinals are remaining in their hotel room, have no plans going to ballpark today. They have been instructed into self-isolation, per source. Confirms @JonHeyman report #Brewers game vs #stlcards ppd got today. News soon @stltoday