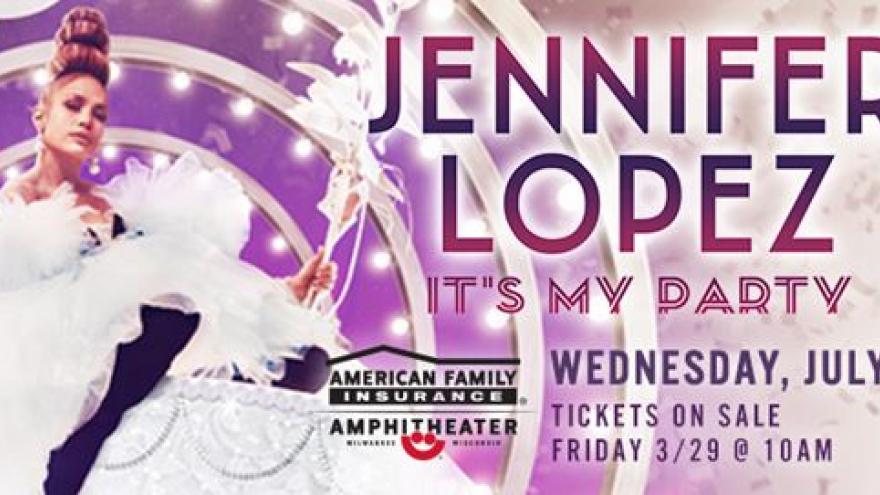 MILWAUKEE (CBS 58) -- Summerfest is announcing Jennifer Lopez will be performing for the first time at Summerfest at the American Family Insurance Amphitheater on Wednesday, July 3.

Tickets will go on sale Friday, March 29, at 10:00 a.m. on Summerfest.com and Ticketmaster.com and include admission to Summerfest.

It's official! @JLo to perform for the FIRST time at Summerfest on 7/3 at the @amfam Amphitheater! Tix on sale 3/29 at 10am cst. Get presale access by joining the Summerfest Insider Newsletter. Learn more about this show: https://t.co/FnPHNV6tzX pic.twitter.com/Y9NcaAawhV

MILWAUKEE (CBS 58) -- Jennifer Lopez is coming to Summerfest according to multiple reports. Both People Magazine, and JamBase are reporting that JLo will perform at Summerfest on July 3.

It would be JLo's first concert ever in Milwaukee.

Summerfest has not confirmed the reports and details on ticket sales have not been announced.

Lionel Richie was announced as a headliner on Wednesday for July 2.

If the JLo reports are correct, there are only two Summerfest headliners left to be announced - July 6 & 7.