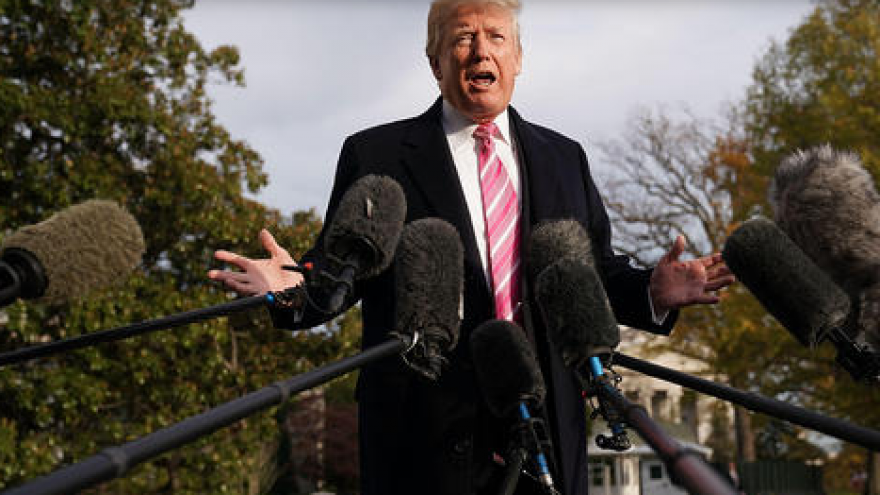 CBS News -- As President Trump appeared to be standing by Alabama Senate candidate Judge Roy Moore in comments before departing for Florida for the Thanksgiving holiday, according to a new Politico report, Mr. Trump has voiced skepticism of the accusations made by several women against Moore in private.

Politico, citing two White House advisers and two others familiar with the talks, say that the president said he doubted the women's allegations and questioned why the stories of misconduct were resurfacing just weeks before Alabama's special election.

It was a suggestion he later put forth to reporters at Tuesday's impromptu gaggle.

Politico says that advisers said the president also drew comparisons to the treatment Moore is receiving to that of the accusations he faced during the 2016 election.

Mr. Trump has denied those allegations and has since threatened to take legal action against the numerous women who had leveled accusations of predatory behavior against him.

While Mr. Trump did not say whether he believed Moore's claims of innocence, he asserted that Moore "totally denies" the sexual misconduct of minors allegations.

"He denies it, look, he denies it," Mr. Trump said. "If you look at what is really going on, if you look at all the things that have happened over the last 48 hours, he totally denies it. He says it didn't happen. And you know, you have to listen to him also."

Mr. Trump suggested he'll "be letting you know next week" whether he'll campaign for Moore.

Mr. Trump's comments of vague support of the candidate came as a departure from his Republican colleagues on Capitol Hill, who have since called for Moore to step aside from the race to fill the vacant Senate seat left by now Attorney General Jeff Sessions.

The president expanded on his comments, saying "I can tell you one thing for sure, we don't need a liberal person in there, a Democrat, Jones."