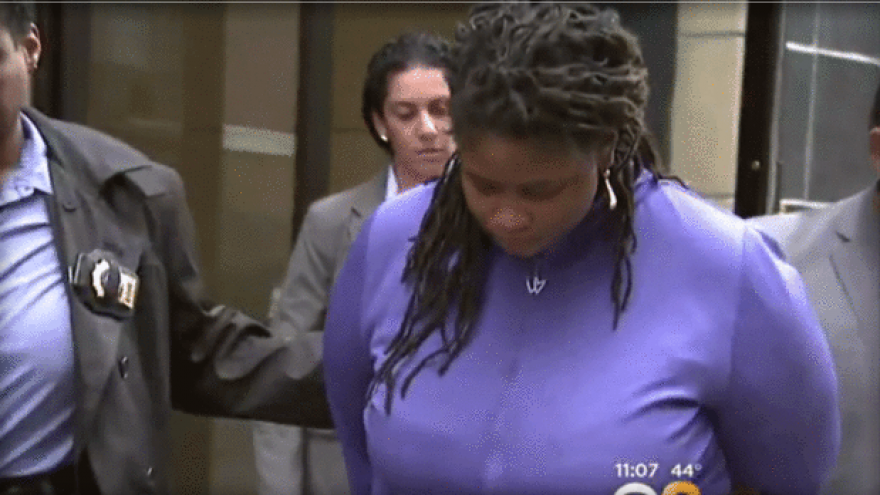 NEW YORK - Police have arrested a mother in the death of her 4-year-old son who was found covered with bruises inside their Brooklyn apartment.

NYPD officers responding to a 911 call found Zamair Coombs bruised and unresponsive Wednesday night. He was pronounced dead at a hospital.

The boy’s mother, 26-year-old Zarah Coombs, was arrested Thursday morning on charges including murder, manslaughter and criminal possession of a weapon.

The medical examiner says the boy died of multiple blunt impact injuries and has ruled his death a homicide.

Sources told CBS New York that Coombs told officers she was feeling overwhelmed with taking care of three young children, and said she beat Zamair with a stick after he dropped an egg.

It’s not clear if she has an attorney who could comment on the charges.

CBS New York reports that Coombs’ boyfriend, Jamari Richardson, was back at the house on Thursday to take his two children out. He allegedly came back to the couple’s basement apartment Wednesday night and found Zamair submerged in a makeshift plastic tub.

Richardson is not Zamair’s father – the boy’s biological father is incarcerated. Richardson told police they tried to perform CPR and called 911.

“The first information we got was that he slipped and he fell but when we got the actual evidence that says he was beaten, it changed the whole dynamics of the whole family,” said Michael Thomas, the boy’s uncle.

“If I had witnessed anything, I definitely would have called the cops myself — relative, family, or not,” he said. “I’m not going to sit back and be apathetic about any young child being abused by anyone. So if I would have noticed; if I had a clue of anything that was ever going on, we wouldn’t be here now.”

On Thursday afternoon, investigators were seen at the home at the corner of Riverdale Avenue and Amboy Street. Meanwhile, Thomas said he would remember the good times with his nephew.

“Running, playing – you know, playing with Spider-Man, watching TV — you know, giving his mother a hug; just being around family,” Thomas said.

The station reports that the other two children who live in the home are now in the custody of the Administration of Children’s Services and another 9-year-old lives with his grandmother.

A representative of the ACS issued a statement, saying: “We are deeply saddened by the death of Zamair, and commend the New York City Police Department on quickly making an arrest in this case.”

Police said they have three domestic violence reports with the family.

Sources also CBS New York that the family has a history with the ACS — once for failure to provide medical attention to one of her children, another for inadequate supervision. Both cases from 2015 were later deemed “unfounded” by ACS.