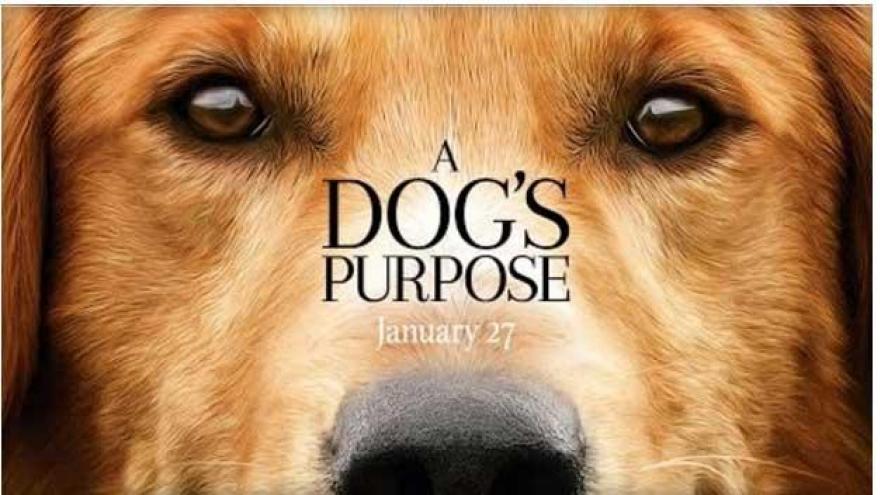 (CBS NEWS) “A Dog’s Purpose” -- the upcoming major motion picture based on the best-selling novel by W. Bruce Cameron -- is set to open later this month, but new footage obtained by TMZ may give animal lovers pause about going to see it.

The exclusive video shows an animal trainer forcing a terrified German shepherd dog into a pool of raging water, while the animal tries desperately to escape. It’s a chilling behind-the-scenes look at the filmmakers’ attempt to recreate a scene from the book, in which a police K-9 named Ellie rescues someone from a rushing river.

Sources connected to the production reportedly told TMZ that eight outboard motors were used to churn the water that the canine actor so clearly did not want to enter.

In the video, as the trainer struggles to drop the dog into the water, a voice can be heard saying, “He ain’t gonna calm down ‘til he goes in the water. Just got to throw him in.”

Shortly afterward, the trainer succeeds in getting the dog into the churning water, only to immediately pull the terrified animal back up onto the platform by his collar.

Arguably, however, the most unsettling part of the video occurs later on, when the German shepherd -- who is one of at least five animal actors used in the production -- is struggling to swim through the raging water on the other end of the pool and suddenly goes under. Filmmakers then rush toward the area of water, under which the animal just disappeared, shouting, “Cut it!”

American Humane Association told the Associated Press that they are investigating. The Human Society also suspended its safety representative who worked on the film and is hiring an independent investigator to explore the matter, Mark Stubis, a spokesman for the organization, told AP.

The director of the film took to social media Wednesday night, saying he was “disturbed by the video released today from the set of my film...”

Lasse Hallstrom went on to say he did not witness the actions in the video, and he promises a thorough investigation.

Universal Pictures and Amblin Partners have now seen the video and tell TMZ that, “Fostering a safe environment and ensuring the ethical treatment of our animal actors was of the utmost importance to those involved in making this film, and we will look into the circumstances surrounding this video.”

“Days after PETA released a video exposé of Hollywood animal supplier Birds & Animals Unlimited (BAU), which claimed to a PETA eyewitness they provided dogs used in the film ‘A Dog’s Purpose,’ new footage shows a terrified dog who is forced into churning water on set. At one point, a dog who is in danger of drowning has to be rescued. PETA is calling on dog lovers to boycott the film in order to send the message that dogs and other animals should be treated humanely, not as movie props. PETA’s investigation at BAU revealed that animals are denied veterinary care, forced to sleep outdoors in the cold without bedding for warmth, made to live in filthy conditions and more.”

PETA’s motto reads, in part, that “animals are not ours to use for entertainment.”