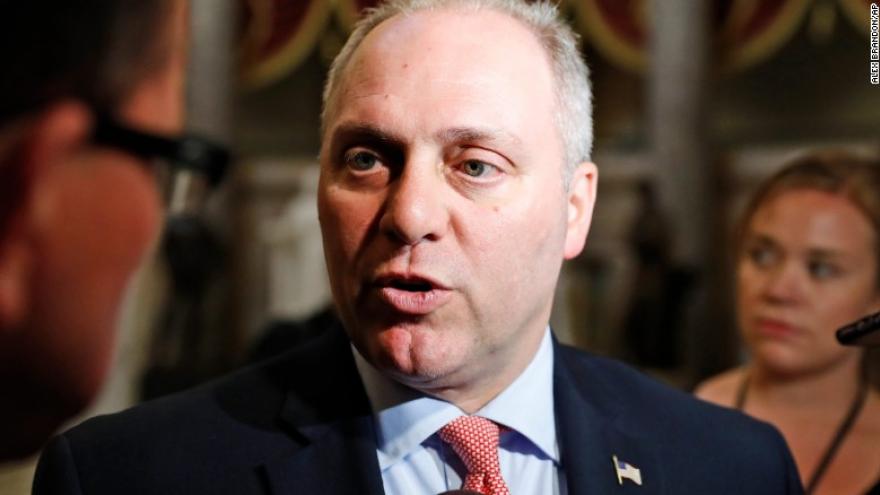 (CNN) Rep. Steve Scalise has been discharged from MedStar Washington Hospital Center, the hospital said in a statement Wednesday, six weeks after he was shot at a congressional baseball practice.

He has made "excellent progress in his recovery" and is in "good spirits," according to the statement. He will now begin a period of intensive inpatient rehabilitation.

Scalise, the Republican House majority whip who represents Louisiana, was critically injured when a gunman opened fire on the GOP baseball team as they were practicing for a charity game on June 14. Scalise was previously released from the intensive care unit at the end of June but was re-admitted in early July over concerns of a new infection.

"The whip has an intensive period of inpatient rehabilitation ahead of him, but he's very glad to be in this new stage of the process and is very focused on his continued healing and recovery," Chris Bond, a spokesman for Scalise, said in a statement.