WAUWATOSA, Wis. (CBS 58) -- A suspended Wauwatosa police officer says he and his girlfriend were threatened and attacked by protesters outside her home Saturday night.

The statements on Facebook by Officer Joseph Mensah were backed up by police the next day.

But Monday night, a state lawmaker who says he was at the protest, says Officer Mensah is lying about what really happened.

Representative Bowen says while Officer Mensah is trying to make himself the victim, he was very much the aggressor.

"He skipped over everything he did to create the -- to incite the violence, to provoke protesters and invite them to fight him," Bowen said.

He says they went to the house that night for a peaceful protest, but Mensah wouldn't let that happen.

He says the officer came out wanting to fight, and escalating the situation.

"He came out aggressive, getting in a stance like he wanted to fight," Rep. Bowen said. This officer comes out displaying a level of aggression that did not match any of the actions of the protesters at the time, so it was very disturbing to see -- how was he already on 100?"

Bowen says any claims of assault were the result of Mensah's actions, and he didn't stop there.

"He allowed the situation to escalate," said Rep. Bowen. "He brought his dog out to threaten to use his dogs against protesters. He went in the house and pumped out pepper spray in the crowd."

Mensah says protesters fired a shotgun into the home.

Bowen has a completely different version of what happened.

"It was Officer Mensah that took his hands, in a tussle with a protester that he engaged, and he turned the safety off on that firearm, and he pulled the trigger on that firearm," he said.

The Wauwatosa Police Department responded to Bowen Monday night, saying his statements don't back up the facts, and they'll release more information once an investigation is complete.

You can read Rep. Bowen's statement in full, below: 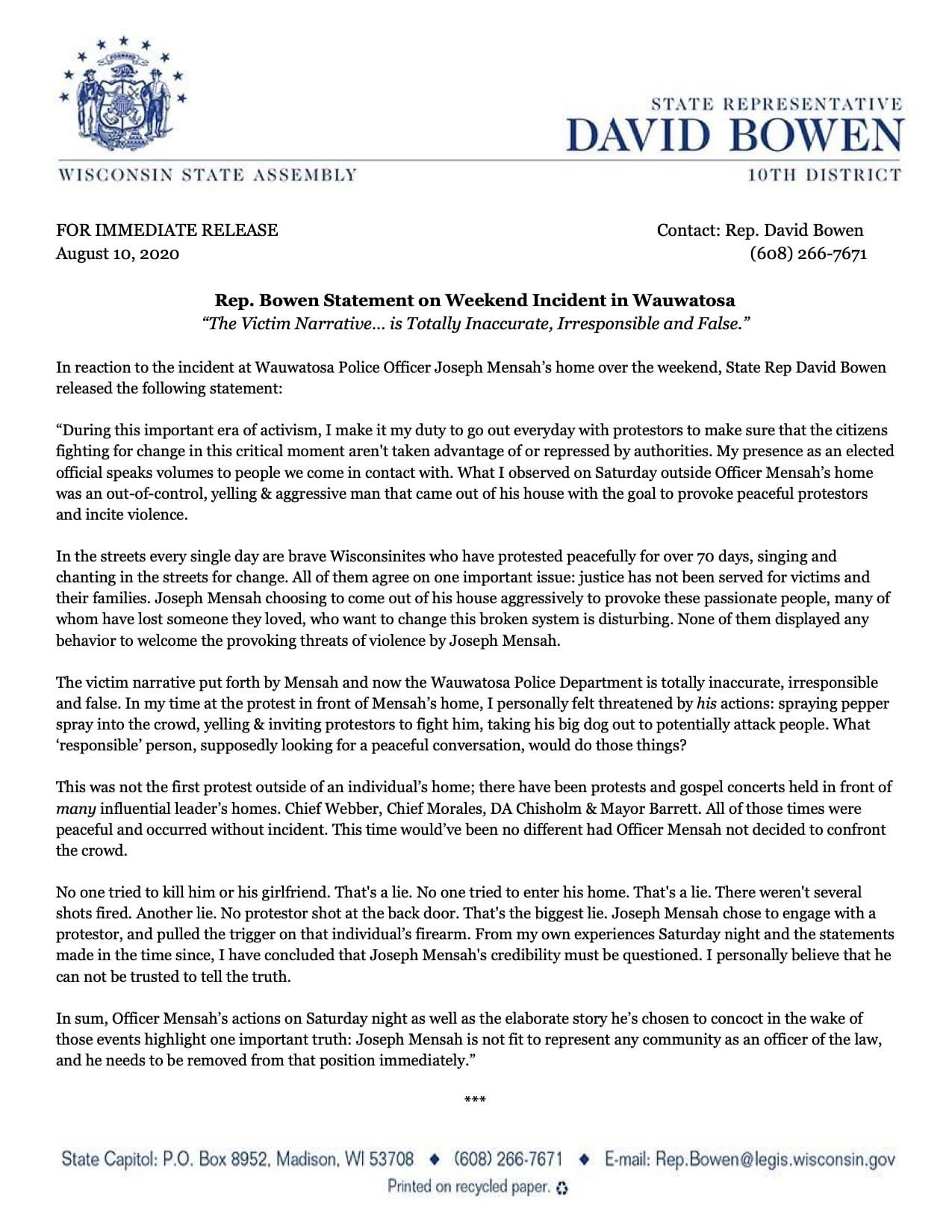