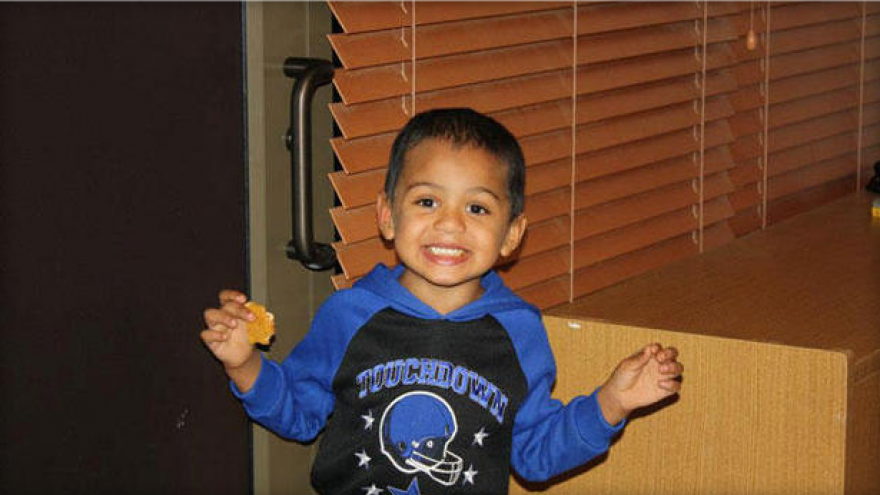 KANSAS CITY, Mo. - Relatives of a 7-year-old Kansas boy whose remains were fed to pigs after he was killed by his father and stepmother claim in a lawsuit that social workers in Missouri and the child welfare agency in Kansas did not do enough to protect him.

The lawsuit alleges child welfare workers had several chances to remove Adrian Jones from his home and were aware that he was physically abused for years but did little except document the abuse.

The boy's remains were found outside a Kansas City, Kansas, home in November 2015.

Adrian's father, Michael Jones, and stepmother, Heather Jones, are both serving sentences of life in prison with no chance of parole for at least 25 years in the boy's death.

The family is seeking $25 million in damages.

The Star reported in May that the Missouri Children's Division found "by a preponderance of the evidence" that Adrian had been neglected in July of 2013. But investigators and medical staff reportedly didn't see signs of physical abuse on the child, and he wasn't removed from the home.

Rather, Missouri's child welfare system attempted to provide intense in-home services to the family. Within weeks, the paper reported, the family stopped cooperating with authorities and told the Missouri system their primary residence was now in Kansas.

On Aug. 9, 2013, a Missouri case worker called Kansas' child welfare system, according to the Kansas City Star, reporting that the family had recently received services in Missouri but stopped cooperating and moved out of state.

"I made KS aware that Adrian had disclosed physical abuse by his stepmother — Heather Jones — and his father — Michael Jones — during a (forensic) interview held in Missouri," the worker wrote in the report, according to the Star. "I also reported that the children are home schooled and not seen by any outside members of the family on a regular basis, which heightened our concerns for the safety of the children."

The Kansas Department for Children and Families' chief, Phyllis Gilmore, said in May that her agency last had contact with the family in early 2012. Gilmore said that the family's frequently alternating residency between Kansas and Missouri "greatly disrupted continuity of services and evaluation," but she insisted Kansas child-welfare officials often shared information about Adrian "when known" with their Missouri counterparts.

Gilmore said her agency "thoroughly investigated" each reported incident of alleged abuse or neglect involving Adrian, though she did not divulge the number of cases or their context.

Adrian died after escalating abuse. Search warrants and affidavits revealed he was beaten for "stealing food" and locked naked in a shower stall for months as a closed-circuit surveillance camera recorded his deteriorating condition.