"Red Light Ramen": Not The Stuff You Ate in College 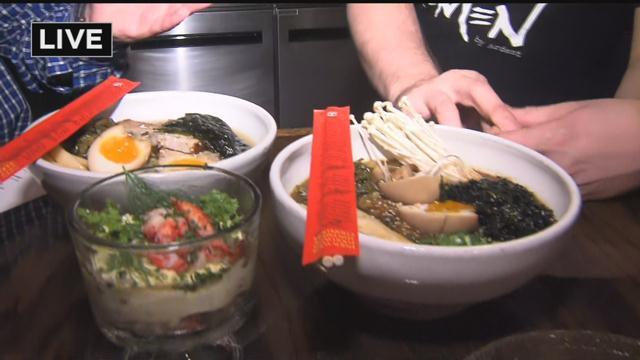 So many of us eat Ramen in college it might as well be considered a food group.  One new restaurant on Milwaukee's east side features this delicacy on the menu.  In fact there are six different snacks you can order at  "Red Light Ramen" as well as three kinds of this Japanese soup dish, including pork and vegetarian.

The eatery in the 1700 block of North Farwell Avenue opened just a few months ago after starting as a "pop up shop" out of the neighboring Ardent restaurant.  And now it's growing in popularity, especially with the late night bar crowd. I got a lesson on how to eat the "brothy" noodles during The CBS58 Morning News on Thursday.

There are other items on the menu, including dessert and boozy slushies.  Keep in mind "Red Light Ramen" is only opened Wednesdays through Saturdays from 6pm until 1am.  They don't take reservations either.