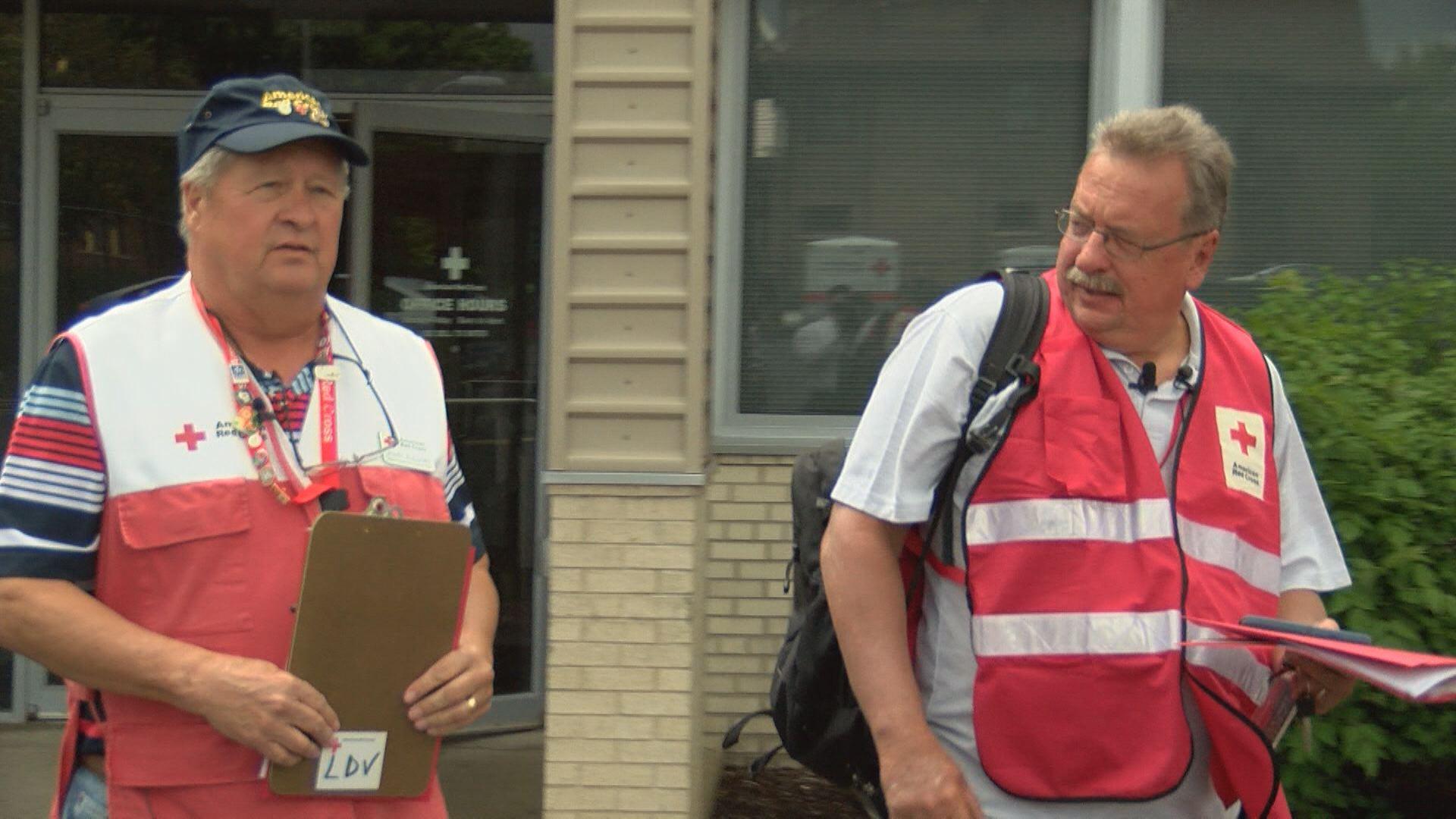 Local volunteers have been called up to serve after storms dumped record rainfall across Texas and Oklahoma.

\"That's what you do. You have to go where you're needed when you're needed.\" said John Slegers, one of the two volunteers who left from Milwaukee Monday.

Slegers says he's seen a lot of devastation, and wears pins to serve as a reminder of each time he was there to help. \"Mississippi, that represents a hurricane. There's Texas, there's Louisiana that we went to.\" he explained.

Slegers served five years in the Army. His wife Karen says she can't help but be proud seeing her husband helping again. \"It's significant because it's just more giving. John's a veteran, it's Memorial Day, and it almost seems appropriate.\" she said.

Patty Flowers is the Regional CEO of Red Cross of Wisconsin, and said this of Slegers, \"Today's his day to sit back and be honored, but he's not the kind of guy who does that.\"

Slegers will head to the Dallas area, where water has swept away entire neighborhoods. Dave Piper will ride alongside. The pair became friends on Red Cross volunteer missions in the past, and will spend at least the next two weeks together handing out hot meals and water out of a modified truck the Red Cross calls an “emergency response vehicle.”

\"We could feed hundreds and in some cases we've had six-seven hundred meals in a day.\" Piper said.

All the food and water is free to the people impacted by the storms, and it's paid for with the money the Red Cross raises.

Slegers says he wants people to realize one thing, \"You don't get the full picture when you're looking at your TV of the devastation, but if you see it out there, it's really just heart wrenching.\"

By Tuesday, the Red Cross of Wisconsin will have 12 volunteers on the ground in Texas, that's in addition to five others in Oklahoma.