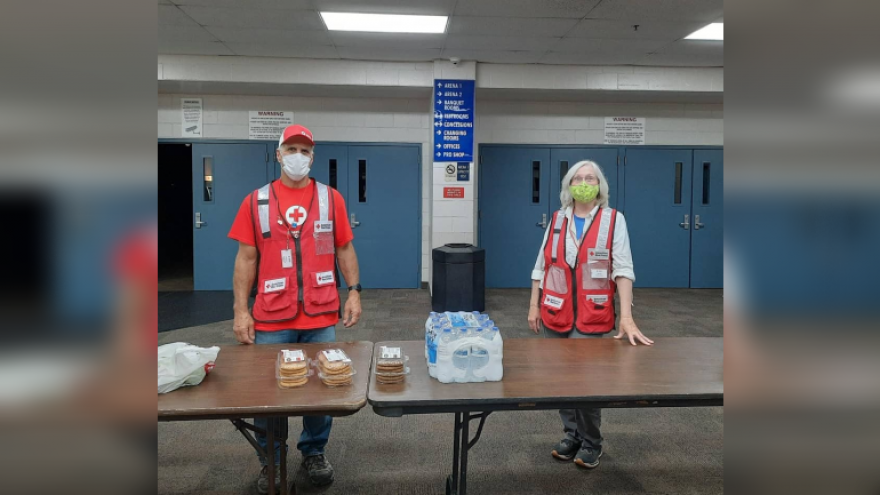 MILWAUKEE (CBS 58) -- The American Red Cross of Wisconsin said they are helping Wisconsin families displaced by flooding and a tornado on Sunday, Aug. 8.

Red Cross told CBS 58 that six people who live in a duplex near 45th and Concordia have been displaced due to flooding. Officials say water got in the duplex through the roof.

Weekend storms UPDATE (Sunday afternoon): Red Crossers have helped or are in the process of helping families in La Crosse, Onalaska, Milwaukee, Boscobel & New Lisbon who were displaced by flooding and a tornado from Saturday's storms.

The training thunderstorms overnight provided a drought busting rain for Milwaukee, Ozaukee, and Washington counties. Between three to six inches of rain fell in these areas, which led to flooding. The heavy rain also lead to a combined sewer overflow in the Milwaukee Mtro, which led to a Water Drop Alert.

Scattered storm will begin to develop around Sunday afternoon. Scattered storms in southeast Wisconsin are expected from late afternoon through the evening. The storms could lead to flooding on now saturated soils. A Flash Flood Watch is in place through 1 a.m. for Milwaukee, Ozaukee, Washington, Dodge, and Fond du Lac counties.

With more storms in the forecast, the Red Cross is reminding people to not drive through standing water, to talk with your family about an escape plan, and to watch for weather alerts from the media, Weather Service, and the American Red Cross Emergency App. You can also download the CBS 58 Ready Weather App to get any watches or warnings sent directly to your phone.