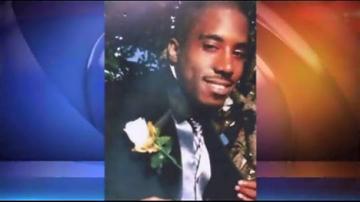 MILWAUKEE-Dozens of members of the community gathered Thursday night at the behest of Alderman Joe Davis with the District Attorney and U.S. Attorney present.

At issue, the approach of Milwaukee police on the afternoon of April 30th to remove Dontre Hamilton from Red Arrow Park.

They also wanted to know how the new law requiring oversight of the probe will work.

Police say he struck an officer with his own baton.

But details on who is doing the investigating were never answered at least not to the family's satisfaction.

\"Are these friends of the police? Brother Nate Hamilton asked. \"Right now it's so uncertain. We are frustrated. We feel like we're being manipulated by the system.  We have no answers. We can't receive any answers until they're willing to tell us answers.\"

The family also wants to refute the notion that Hamilton was homeless.

They say that is not true, that it may have been an assumption made by some of the people who saw him lying near the statue in the park that fateful afternoon.