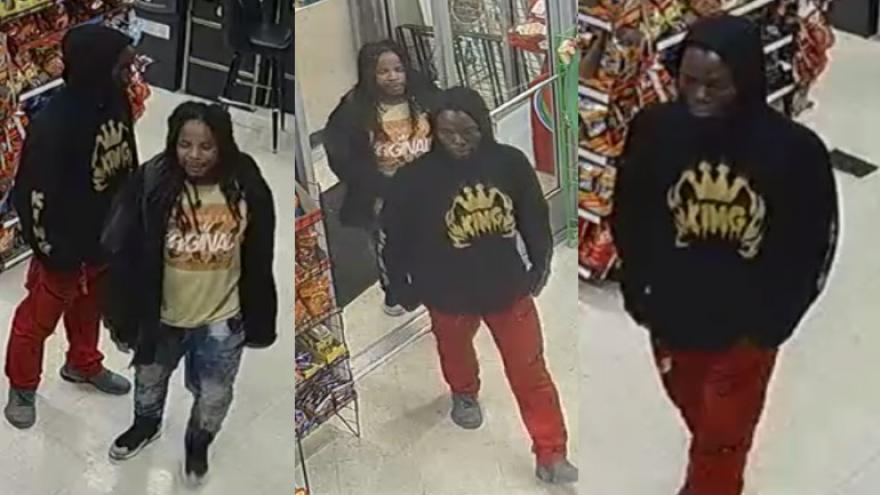 MILWAUKEE (CBS 58) -- Milwaukee police are asking for the public's help to identify two suspects wanted in an armed business robbery that happened near 46th Street and Hampton Avenue on September 28.

Officials describe suspect #1 as a black male, in his late 20s, standing 5'8" tall, weighing 150 pounds, with a thin build and dark complexion. He was last seen wearing a black hooded sweatshirt with gold writing on it, red pants and gray tennis shoes. Police say he was armed with a black handgun.

Officials describe suspect #2 as a black male, in his late 20s, standing 5'5" tall, with a medium build and medium complexion. He was last seen wearing a black jacket over a yellow t-shirt, faded blue jeans, and black and white tennis shoes.

Anyone with information on these suspects or robbery is asked to contact Milwaukee police at 414-935-7360.