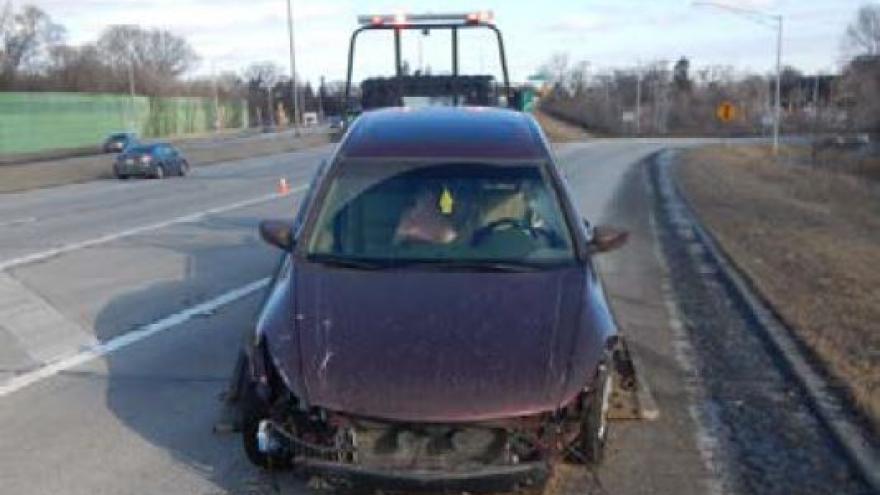 MILWAUKEE (CBS 58) – Milwaukee County Sheriff's Deputies responded to a two-car crash on I-43 north near Hampton around 8 a.m. Friday.

Witnesses said that the car was driving all over the road and speeding when it hit the back of another car, spun into a ditch and hit a fence.

The 36-year-old driver from Mequon, Matthew Galloway Patterson, was under the influence of both drugs and alcohol and had a 5-year-old in the car with him.

Patterson blew a .07 on a Brethalyzer and faces charges of OWI with a minor and driving with restricted controlled substance. He could face up to 12 months in jail.

No injuries were reported and the child was picked up by a relative.