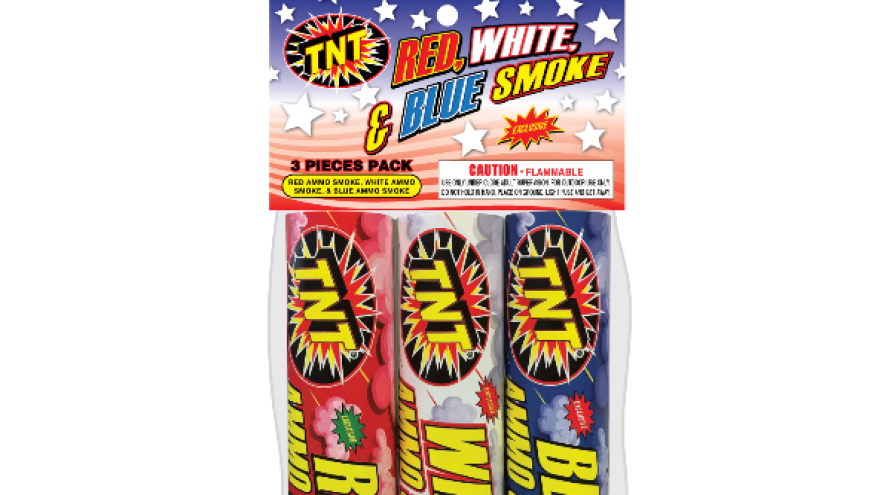 The Blue Ammo Smoke effect could rapidly dispel from the bottom of the tube in an explosive manner posing a burn hazard.

They were sold in a bag containing three canisters: one red, one blue and one white. Each colored smoke firework is a cardboard cylinder tube that measures about 1 inch in diameter and 5 inches long. The TNT logo, “Red, White & Blue Smoke” and UPC number 027736036561 appear on the packaging.

The fireworks under recall were sold in Wisconsin as well as Ohio, Illinois, and Vermont.

They were sold at Albertsons, Kroger, Meijer, Target, Walmart, and other retailers.

If you purchased these fireworks, you're asked to return them to the place of purchase for a full refund.