Rate of Antarctica's ice melting has tripled since 2012, study finds 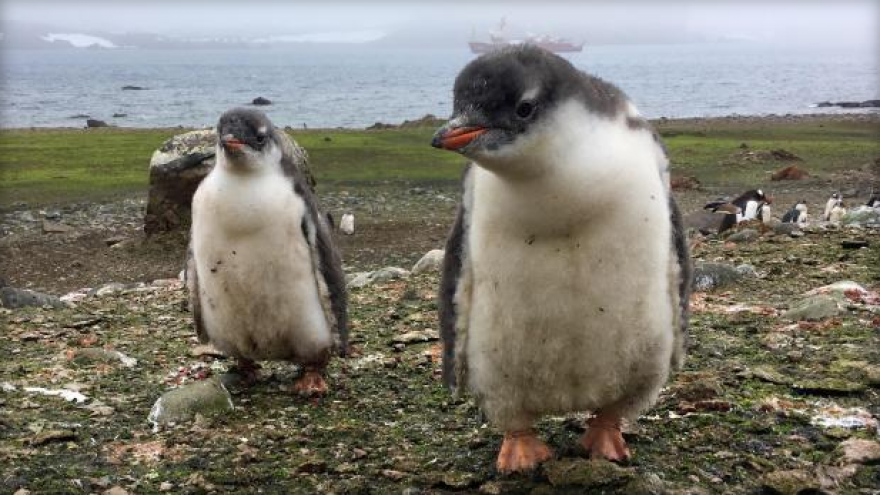 (CBS NEWS) NEW YORK -- The rate at which ice is melting on Antarctica has tripled in recent years, according to a study published Wednesday in Nature, a scientific journal. Coastal communities along the U.S. could feel the impact of a continued increase as melting ice adds to sea level rise, say experts.

"To see a threefold increase just since 2012 -- that's disturbing to me," said Brenda Ekwurzel, director of climate science for the Climate and Energy Program at the Union of Concerned Scientists.

Overall between 1992 and 2017, Antarctica's ice sheet lost 3 trillion tons of ice -- enough water to cover Texas to a depth of nearly 13 feet, scientists calculated. That loss made global oceans rise about three-tenths of an inch, or 7.6 millimeters.

When you add the melting seen on Antarctica to other sources of land-based ice melt, "every millimeter per year counts," William Sweet, an oceanographer with the National Oceanic and Atmospheric Administration (NOAA), told CBS News.

There are "many, many communities where sea level at high tide is really reaching the brim and spilling into the streets more often that it did just decades ago," he said. "So, every incremental increase in sea level rise really has impacts in terms of flooding."

"With continued rise of what this type of study is pointing to, which is that the rise may substantially increase by the end of the century compared to historical rates, areas like Norfolk, Charleston, Miami, a lot of the southeast United States that's very flat, low terrain, particularly stand to really feel the effects of melting in Antarctica," he said.

It's possible, however, that Antarctica alone can add about half a foot to sea level rise by the end of the century, said Andrew Shepherd, the lead author of the study and a professor of earth observation at the University of Leeds in England.

Part of West Antarctica, where most of the recent melting occurred, "is in a state of collapse," said co-author Ian Joughin of the University of Washington.

Shepherd said the ice on West Antarctica can be melted by very small changes in ocean temperature.

Warmer water is mostly causing the melt on our planet's southern-most continent. The water nibbles at the floating edges of ice sheets from below. Warming of the southern ocean is connected to shifting winds, which are connected to global warming from the burning of coal, oil and natural gas, Shepherd said.

While Shepherd cautioned that this is not a formal study that determines human fingerprints on climate events, he said "there are no other plausible signals to be driving this other than climate change."

The study is the second of assessments planned every several years by a team of scientists working with NASA and the European Space Agency. Their mission is to produce the most comprehensive look at what's happening to the world's vulnerable ice sheets in Antarctica and Greenland.

Outside experts praised the work as authoritative. Unlike single-measurement studies, this team looked at ice loss in 24 different ways using 10 to 15 satellites, as well as ground and air measurements and computer simulations, Shepherd said.

Ekwurzel at the Union of Concerned Scientists said the study's findings mean "we have to go back and tell coastal planners that it may be worse than scientists thought before."

"The costs for coastal resilience may have just gone up," she said.

She also said that in light of the study, it is "very clear that now is absolutely not the time to back away from the science infrastructure that allows us to have information, so the coastal communities can plan with the best available information about what's happening down in Antarctica."

CBS News' Sarah Lynch and The Associated Press contributed to this report.