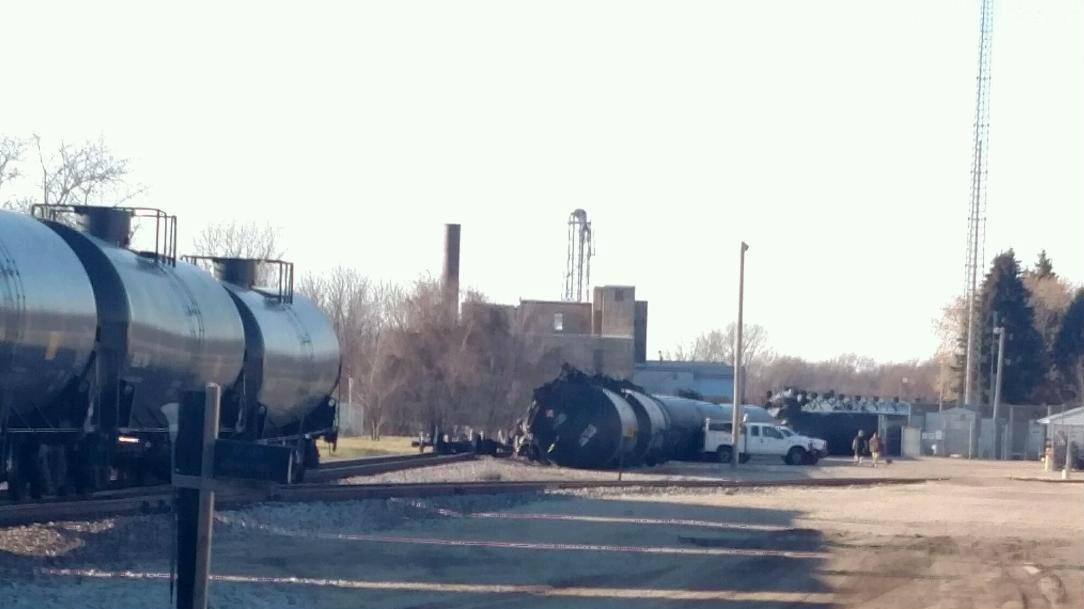 Talking rail safety and improvements in Watertown, the place where two recent train derailments happened over the last week. Senator Tammy Baldwin, D-Wisconsin, visited Watertown, Friday, where a broken rail caused several cars on a Canadian Pacific train to come off its tracks.

During her visit, Sen. Baldwin called for change so history doesn't repeat itself. In the pending transportation bill, Sen. Baldwin said she wants language adding more advanced warning given to local officials when a train, carrying potentially volatile chemicals, is going to come through areas like Watertown. Baldwin is also requesting that the Federal Railway Administration be allowed to receive and audit, if they so choose, inspection reports, particularly regarding train tracks on bridges. She said these are all very important things, and urges the Senate and House of Representatives approve a bill together that includes rail safety reform.

"What we need to do is make sure, when we have the final transportation bill, that it focuses both on highways and rail and that these safety provisions remain in," Sen. Baldwin said. "There was not any fight over this language, so we hope that it will be a smooth process to get my language through to the final version."

Sen. Baldwin also wants railroads to outfit their rail tankers, particularly the ones that transport crude oil, with a thicker shell and thermal jackets.

During Sen. Baldwin's visit to Watertown, a spokesman for Canadian Pacific Railroad provided an update on the investigation in to Sunday's derailment as well as the approximately 500 gallons of oil that seeped out. He said workers repaired the broken portion of the track that is thought to have caused the derailment. The spokesman also said the broken rail will be taken to a test laboratory, but it may take months to get the findings. The spokesman said the oil did not get in to the water supply, and the contaminated soil has been removed and replaced.