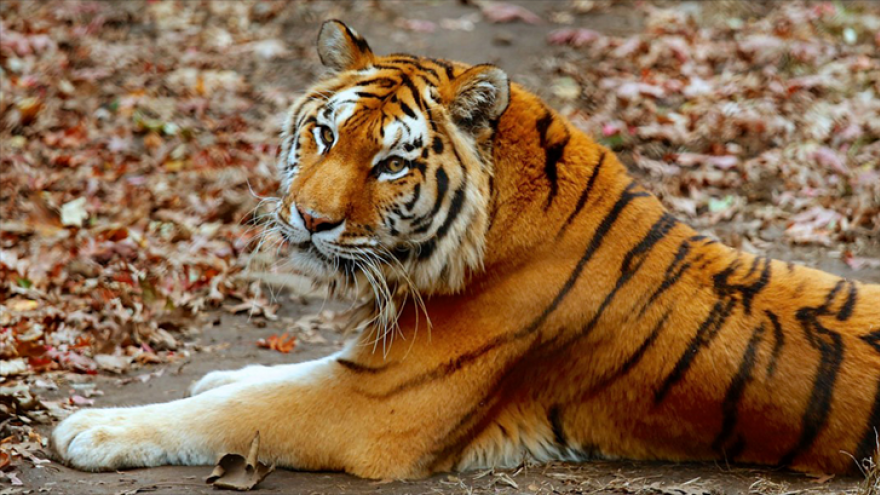 The Racine Zoo is pleased to announce the debut of Naka the Amur tiger. Naka was born June 7, 2004 at the Rosemond Gifford Zoo in Syracuse, NY. She was later moved to the Beardsley Zoo located in Connecticut in 2009. Naka weighs around 260 pounds and consumes 10 pounds of meat per day. She has a great, friendly personality with her new keepers.

“Naka has been in quarantine since her arrival in December 2016, getting to know her keepers, her surroundings and being slowly introduced to her neighbor Anya.” said Theresa Donarski, Curator of Conservation and Animal Care. “Tigers are normally solitary animals and females would not live together in the wild. So living and rotating in dens and exhibits is something both of them will get used to in no time at all.”

The Amur tiger is the largest cat in the world and is also a critically endangered subspecies. By the 1940’s, hunting had pushed the Amur tiger to the verge of extinction. Causes to their dwindling numbers are from habitat loss and poaching. Russia became the first country in the world to grant them complete protection.

By the 80’s their population had increased to around 500 individual tigers. Continued conservation and anti-poaching efforts by many organizations, have helped keep the population stable at around 540.