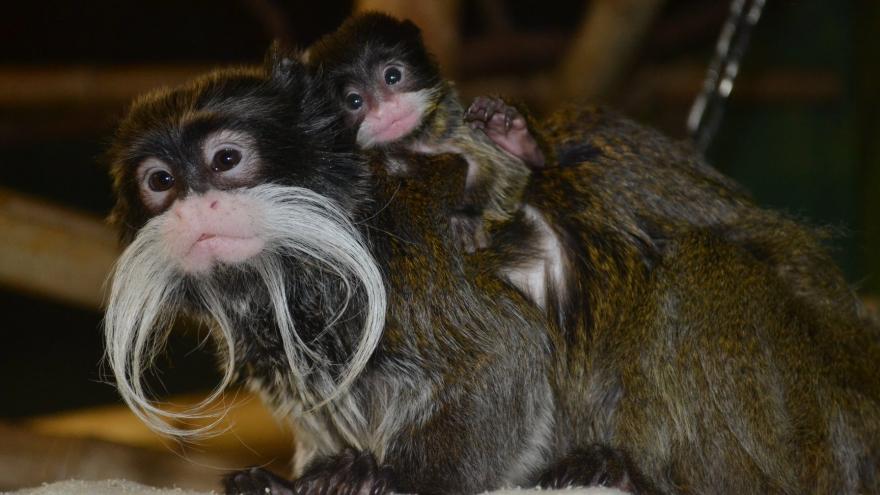 RACINE, Wis. (CBS 58) — The Racine Zoo has announced that Isabella, the female emperor tamarin, is pregnant again. The Zoo is one of only two places in North America that has been able to successfully breed emperor tamarins in recent years. The Zoo has developed an ultrasound project that has helped predict the due date of Isabella within a matter of days. Isabella's due date is expected to be announced soon.

Crystal Champeau-Williams, the Primary Primate Care Specialist at the Racine Zoo, says that predicting Isabella’s due date to within two days last December was an exciting breakthrough in their research. “Knowing when to expect offspring allows us to have staff on-hand to monitor mom and baby in those first critical hours post-birth."

Isabella was actually trained to participate in voluntary ultrasounds by standing with her front and back feet on different branches as the ultrasound probe is brought up to her belly from below. She’s rewarded with diluted jelly while the probe is on her abdomen - encouraging her to stay long enough to record a measurement.

The Racine Zoo became the only known facility in North America to do an ultrasound on a pregnant tamarin.