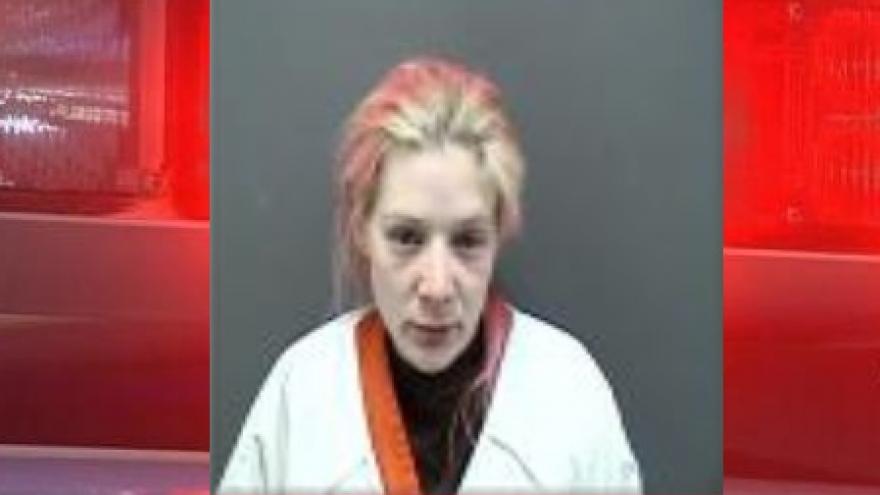 RACINE COUNTY, Wis. (CBS 58) -- A Racine woman is facing multiple charges after shoplifting while her 4 children stayed behind in the van.

28-year-old Kelly Dunn faces one count of misdemeanor theft, four counts of child neglect, and one count of obstructing an officer.

Police were dispatched to Menards, located at 3101 S. Oakes Road in Mount Pleasant, for a report of a retail theft on Thursday. Loss prevention told police that they saw the suspect steal a $2.98 chrome colored socket on surveillance video. They were also able to recognize the suspect from a previous theft at the Menards in Kenosha.

Police entered the holding room and made contact with the suspect, later identified as Dunn. She told police that she couldn't go to jail because her children were waiting for her in the van in the parking lot. Dunn also said she breastfeeds her infant that's in the van and she needs to go feed her.

Officers went to the van and found 4 unattended children in a cold van. An officer turned on the heat. It was determined that the children were left alone in the van for approximately 42 minutes without heat and unsupervised. The children were 2-weeks-old, 2-years-old, 3-years-old, and 5-years-old.

While waiting, officers allowed the woman to breastfeed her 2-week-old infant in the van. One officer stood outside of the van and noticed an orange colored glow inside. According to the criminal complaint, the officer opened the door and saw Dunn smoking a cigarette while breastfeeding her infant daughter.

Dunn admitted to stealing from Menards, saying she had a problem with "taking things." Dunn also allegedly told police that she knew she shouldn't have left her children in the van but did it because she thought it would only take a minute.