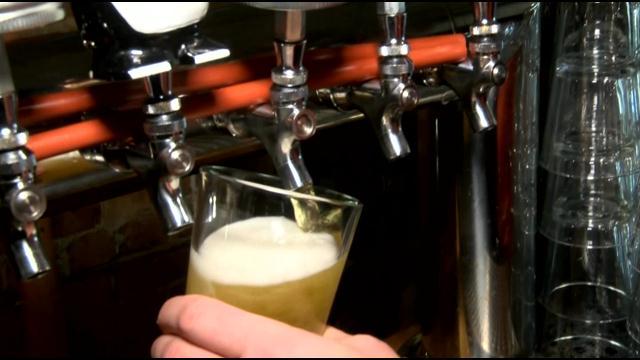 "They're always asking, why are there two breweries in Kenosha, and then up in Racine we can't have a brewery?"

The simple answer - They haven't been allowed. That all changed Tuesday night, with a unanimous vote by the City Council.

"We're doing everything we can to open the doors to new business, and this is an example of that," says Mayor John Dickert.

Dickert says the city was approached by a brewer from Benjamin Beer, looking to open a location in Racine. But the city had no ordinance related to breweries.

"We said we would do everything possible, including changing our ordinances, to allow for this activity especially since we didn't have any ordinances to date," says Dickert. "We have the best tasting water in America, so if you want to brew the best beer, this is the place to do it."

Stolfi says the ordinance will only help existing breweries in the region.

"Craft breweries don't necessarily compete against each other," he says. "We need to work together."

Breweries will need to be approved by the city's Plan Commission and Council. Dickert says at least two breweries have already reached out to the city regarding future development.