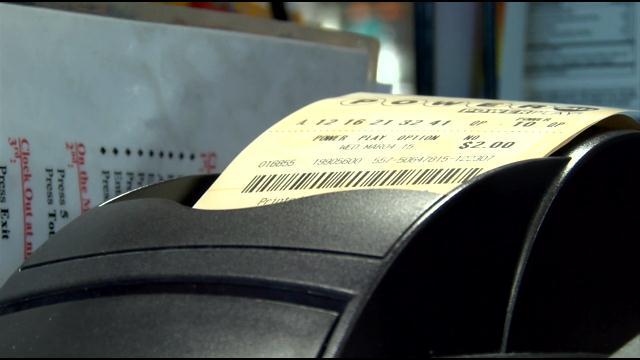 RACINE-- Pull up to the BP station at Durand Avenue and Lathrop Avenue in Racine, and the sign in the window at the Durand Avenue Mart says it all-- $1 Million Powerball ticket sold here.

Coy Peterson is the owner of the store, he says both tickets were sold from the same register.

Cashiers have been busy since the first winning ticket was sold, but after the second ticket, even more customers are cashing in.

\"In order to win, you have got to get one of these tickets,\" said Ricky Smith, a jackpot hopeful, pointing to the ticket he just purchased.

Aside from Powerball tickets, Peterson says he's seen more money come into his store all around.  More customers are stopping by for gas, snacks, drinks, and other essentials.

Peterson says some customers even cross the state border from Illinois to buy their Powerball tickets.

Customers say you never know what the third one might bring.

\"I do a happy dance when I get my two dollars back, can you imagine if I won something really big?\" said Rachel Zabler, another customer, laughing.