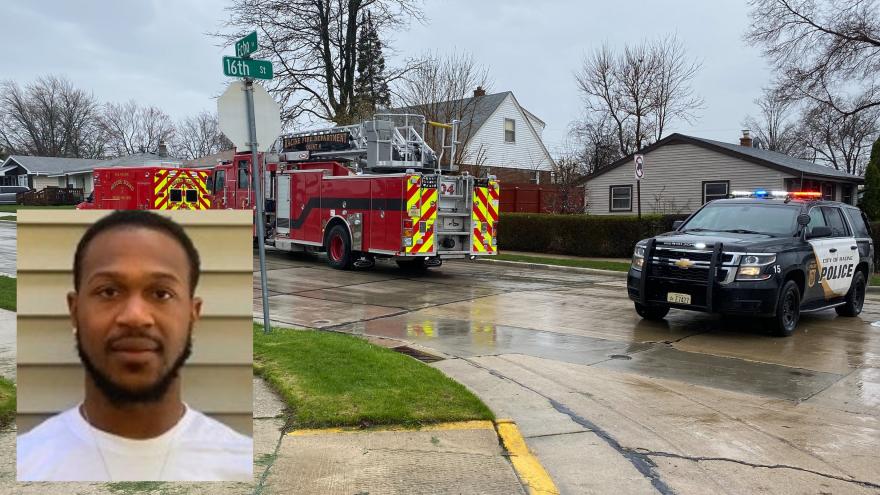 RACINE, Wis. (CBS 58) -- The Racine County Sheriff's Office says a suspect has been arrested following a critical incident in the area of Byrd Ave and Echo Lane Friday, May 6.

The sheriff's office says Marks was wanted for a parole violation for a burglary conviction in Wisconsin and a failure to appear charge of possession of methamphetamine from Indiana.

Authorities say Marks has a history of fleeing law enforcement and being in possession of firearms.

While attempting to arrest Marks, officials say he barricaded himself inside the residence. The sheriff's office established a perimeter, deployed their SWAT Team and called in negotiators before safely taking him into custody.

Authorities say there is no further threat to public safety.

RACINE, Wis. (CBS 58) -- The Racine County Sheriff's Office issued a public safety message Friday afternoon, May 6, asking residents to avoid the area of Byrd Avenue and Echo Lane in the city of Racine due to a "critical incident."

Anyone within two blocks of the intersection is asked to shelter in place.

Officials say an "all clear" will be sent when the situation is resolved. 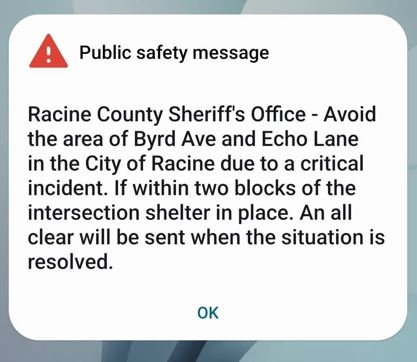