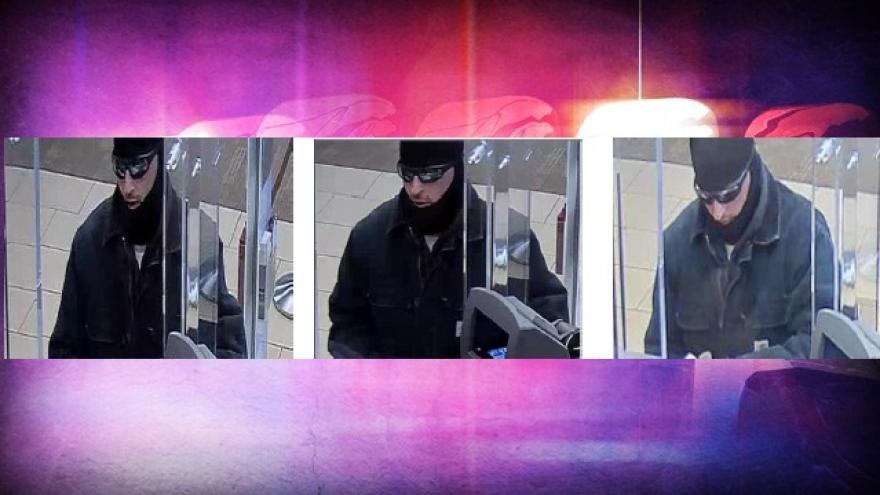 The bank robber is described as a white man about 5'9" tall with a slim build and likely in his mid 30s. He was wearing a dark Carhartt style jacket with dark pants and dark sunglasses.

It happened around 4:14 p.m. Thursday at the location on Martin Luther King Drive.

According to police, the suspect took an unspecified amount of money and was believed to be armed.

The suspect fled the scene prior to police arrival.

Anyone with information is asked to call the Racine Police Department.