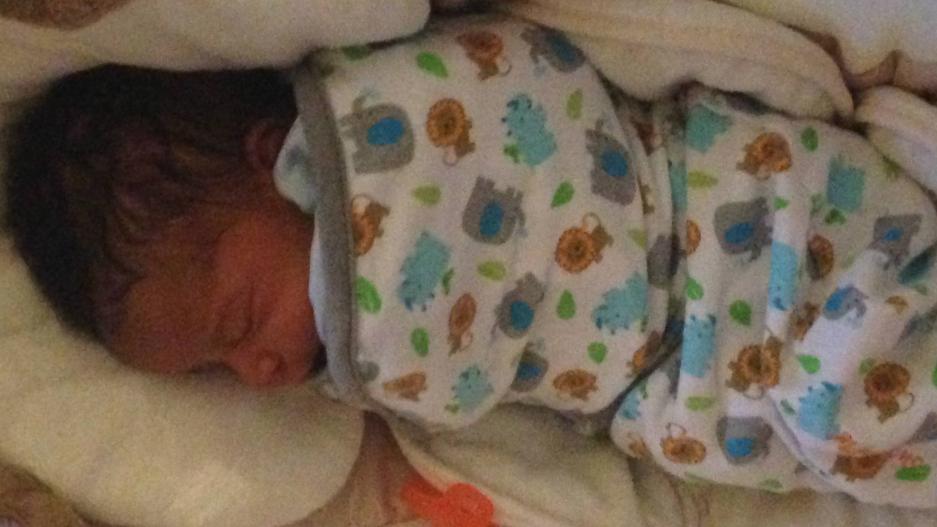 The driver who hit a pregnant woman and her 3 year-old daughter on Election Day has turned himself in.

Genie Webb was 9-months pregnant when she and her daughter were hit while crossing Main Street in Racine.

The 3 year-old girl was not seriously hurt.

Genie's mother, Tracy Webb still remembers looking at the scene of the crash for the first time.

\"The ambulance and police were there,\" said Tracy, \"and I didn't know that it was my daughter they were working on.\"

For the first 12-hours after the accident-- Tracy didn't know if Genie and the baby would survive.

\"It's a helpless feeling because you can't do anything,\" said Tracy.

Genie had an emergency c-section once she arrived at the hospital, and gave birth to a baby boy, Daniel Messiah Mitchell, Jr.

\"He was born without a heart beat and he was not breathing,\" Tracy explained, \"so they had to work on him, he needed a transfusion, but he pulled through.\"

Both Genie and her son are home from the hospital.  Tracy says the family is making a steady physical recovery.

\"Physically they're getting better,\" said Tracy, \"they'll be mentally scarred from this for quite a while.\"

\"She's still very emotional,\" said Tracy, \"she remembers everything that happened and her mom.\"

The driver who hit Genie and her children is due in a Racine courtroom on Thursday afternoon.