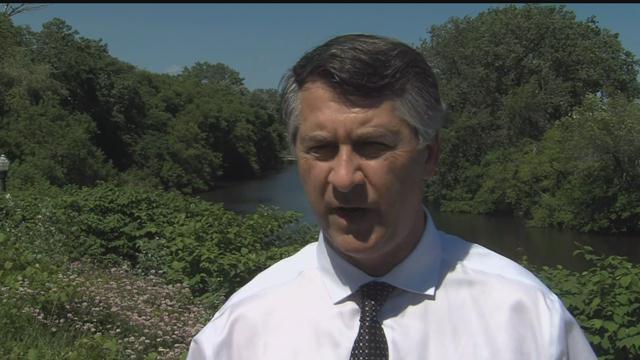 RACINE, Wisc, (CBS 58/AP) -- Many Waukesha residents see the newly approved Lake Michigan water deal as a win -- right now, folks there are drinking water contaminated with radium -- but the mayor of Racine says his city is getting the shaft in the approved plan.

"We have been really left behind in this whole process," said Mayor John Dickert. "We’ve been lied to."

A council representing the eight Great Lakes states has voted to allow Waukesha unprecedented access to Lake Michigan as its drinking water source.

The city of 70,000 won unanimous approval Tuesday from eight states that are members of a regional compact designed to prevent water raids from afar.

"This is going to be a distaster for the city of Racine," Dickert said on Tuesday. "For one major issue, the Waukesha water diverson and compact as it was stated was to not allow any monitoring of the wastewater flow,which comes down the river, through my city, and dumps out in the lake right next to one of the cleanest and most popular beaches in the world."