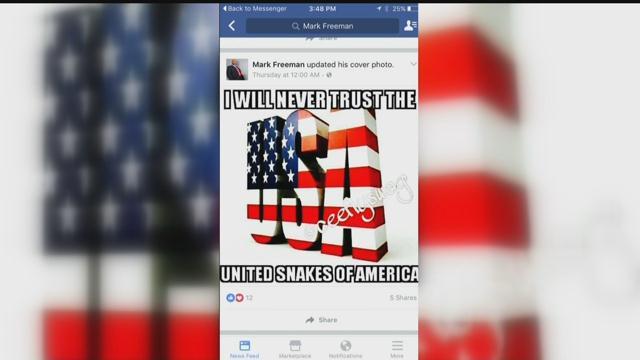 On Friday, CBS 58 was the first station to tell you that Bishop Mark Freeman, a commissioner on the city of Racine's Police and Fire Commission turned in his resignation, effective immediately.

This, after a week of internal conversations between the mayor, the commissioner and other city leaders after controversial posts surfaced from Freeman's personal Facebook page.

When we spoke with the mayor on Wednesday, he told us Freeman was exercising his first amendment rights to free speech and since a formal complaint had not been filed, there was legally nothing the city could do. To that end, he said the decision on whether Freeman would remain on the commission would be up to Freeman himself. CBS 58 got a copy of a letter Freeman sent to  the mayor after the controversy broke stating he had decided to keep his appointment.

But that changed on Friday. The mayor's office confirmed to us that on Friday they received a letter of resignation from Freeman, citing his desire to allow the commission to do it's job without controversy.

We spoke with the mayor by phone on Friday to get his response.

Meanwhile, the Racine Police Association and Staff Officer's Association issued this statement in response to the resignation:

"The RPA and SOA appreciate the decision by Bishop Freeman to resign from the Racine Police & Fire Commission. Bishop Freeman is dedicated to this community, and his decision was clearly rooted in the community's best interests. Furthermore, the RPA and SOA are sensitive to the fact that some of the views he expressed are shared by others within our city, and we look forward to working with him as part of a continuing dialogue to strengthen the relationship between Racine's law enforcement officers and all of the people they have sworn to serve."