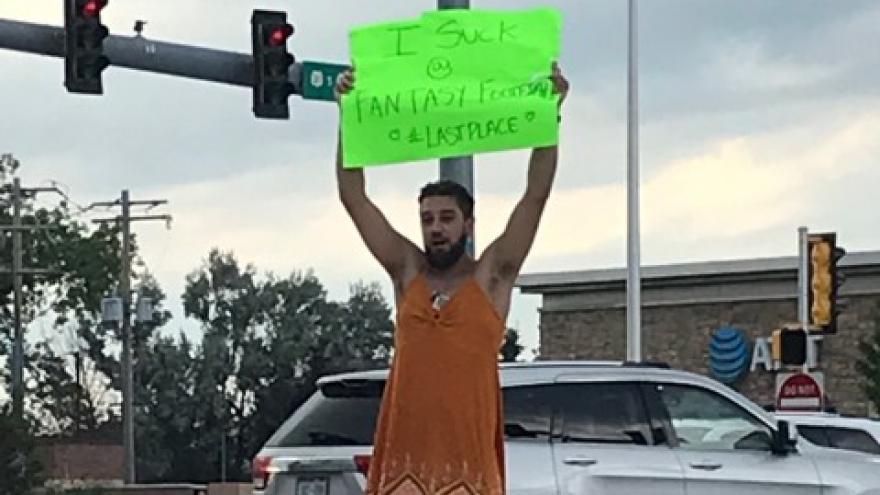 On Monday, a woman snapped a picture and took to Facebook to post about a man she saw wearing a dress, earrings, and sandals while holding a sign that read "I suck at fantasy football." 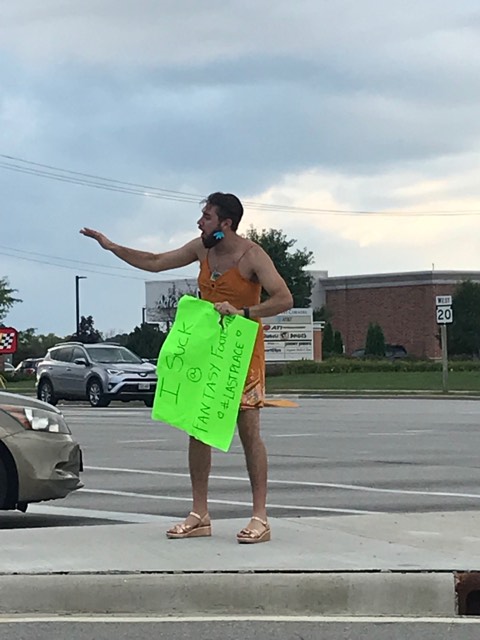 The man was spotted on the corner of Hwy 20 and Green Bay Road in Racine while a second picture showed his friends nearby, camped outside of Blaze Pizza as they watched everything unfold. 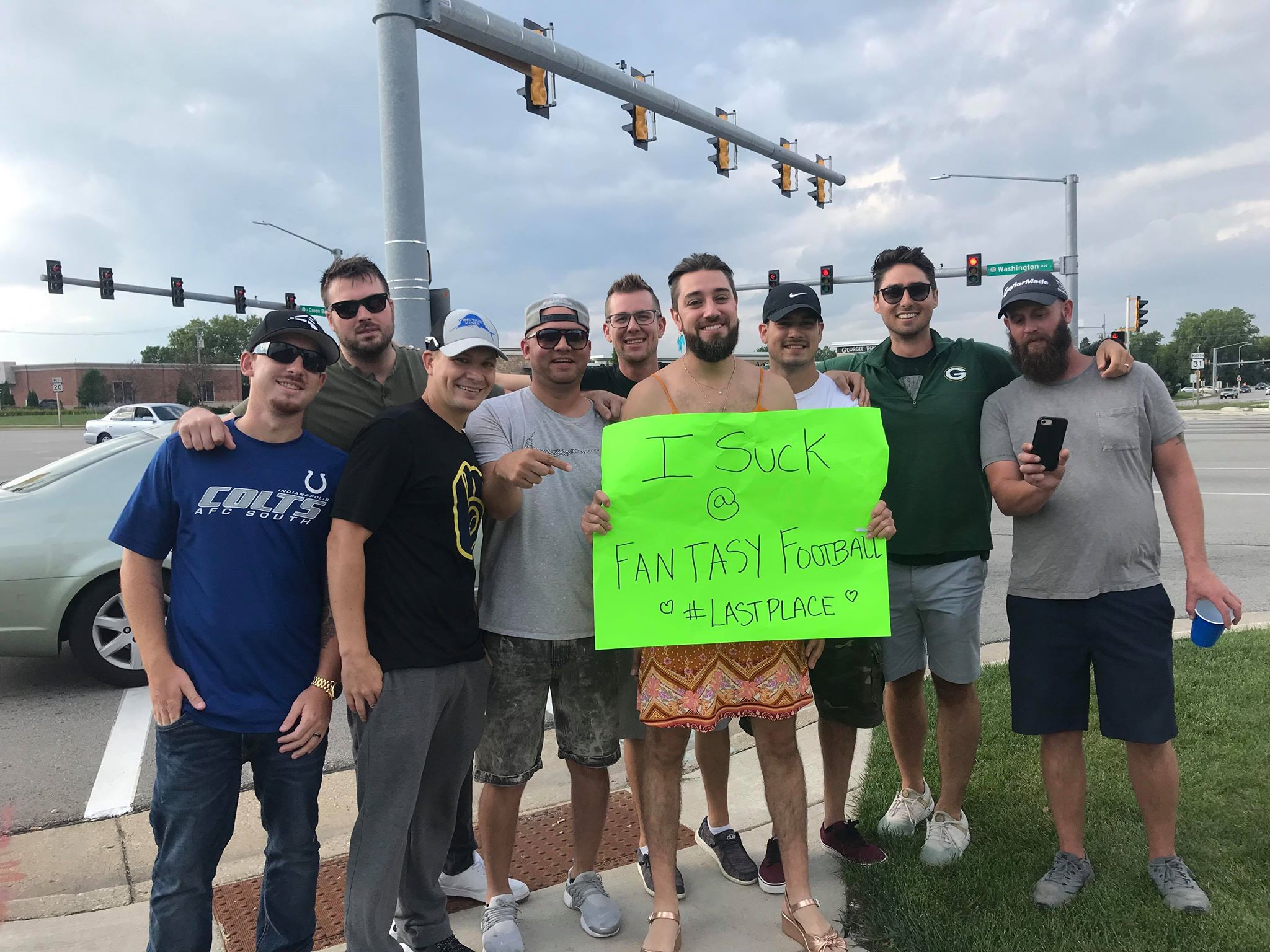 The post quickly gained traction and as of Wednesday evening had over 1,000 shares and multiple comments from people who had driven by, wondering just what the man with the bright green sign was doing.

"The idea behind it is, the loser of the fantasy league has to stand on the corner of Hwy 31 and Hwy 20 in a dress and three accessories for an hour, holding a sign that says “I suck at fantasy football” while the others record," said a friend of the man who lost.

Turns out, this is about more than just embarrassing a friend with a sign on a busy street corner. It's a bit of a tradition.

Their fantasy football league was started in 2010 with 12 members. The original punishments for the person who lost was having them eat various food items.

In 2015, the punishment changed to a calendar printed with 12 humiliating photos of whoever lost.

The current punishment of standing on the busy corner with a sign began in 2016. 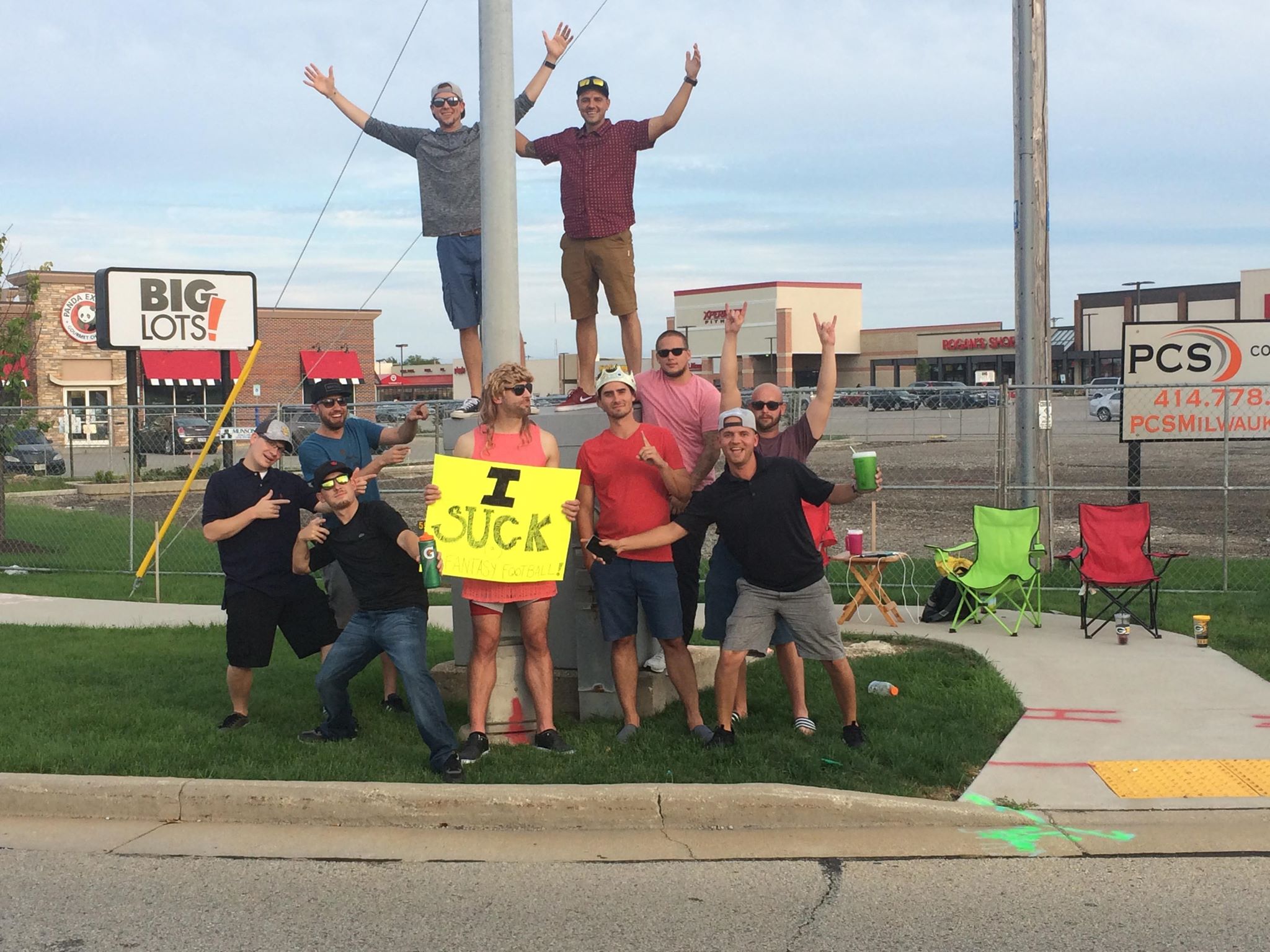 The group involved then drafts immediately after the hour long punishment for the previous year's loser is complete.