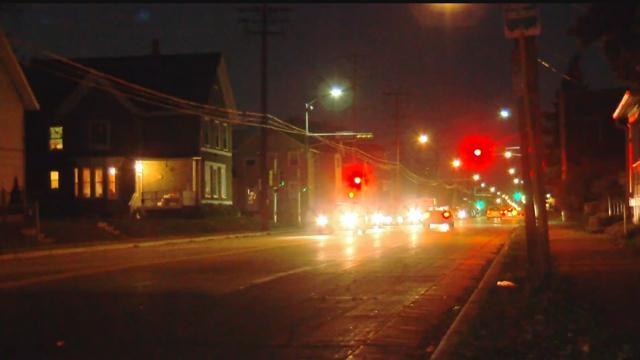 A Racine man is facing nearly ten years in prison after reports say he beat his two children for not bringing home enough Halloween candy. But his family says there's more to this story.

Brian Blair is now facing one count of child abuse and another for possession of cocaine after police were called to his home Sunday on suspicion of child abuse. His two kids say that he beat them but Tuesday, their story changed.

"He's a good father, those girls have a lot of issues, as you would if you had two parents who are in and out of the prison system," said Denise, Brian Blair's aunt, who did not want to appear on camera.

She lives right next door and says she knows her nephew doesn't beat his two daughters, who he has had custody of since getting out of prison last year.

"As a Christian I wouldn't allow that to go on and take place and not know of it and not say anything," said Denise.

But according to investigators, on Sunday, Blair's two daughters ran to their grandmother's to escape from their father, saying he had been abusing them for the past year.

The complaint says one of the girls had marks consistent with her story and that's why Blair was arrested. Aunt Denise says the girls have issues with lying and she doesn't believe their story.

"I can't tell where those [marks] came from. But if he's supposed to be beating both of the girls wouldn't they both have bruises on them? He disciplines them I'm sure, but I've never seen him beat them. I think every parent is allowed to discipline their child," said Denise.

Neither does neighbor Charis Webb.

"I just don't believe the marks came from him," she said.

Her children play with Blair's children every day and she is shocked by the allegations.

"He's a good man, he's got custody, he takes care of them very well. I've never seen him be abusive or even mean to the kids," she said.

Blair's next day in court for the charges is November 11th.