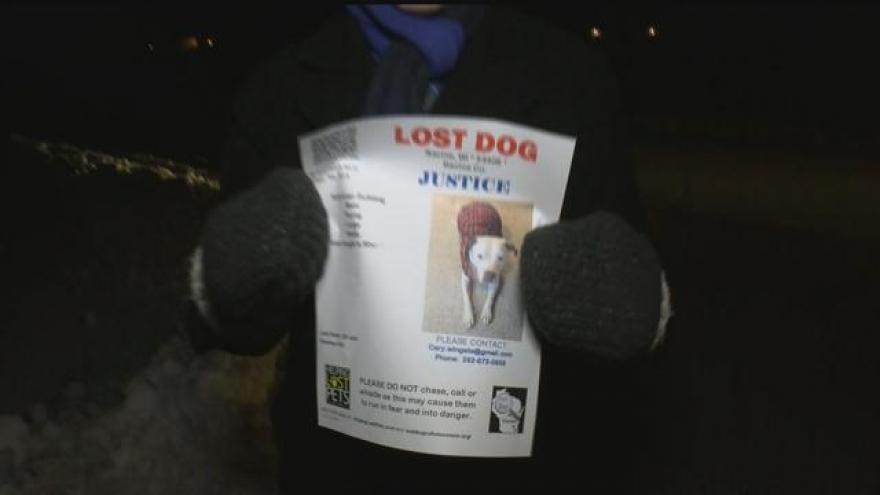 UPDATE: After six days on the loose, Justice has resturned home. Wingate says he returned on his own, and appears to only have a mild injury to his back leg.

A Racine woman is asking for help following a hit and run involving her dog and a private snowplow.

Cary Wingate says she was jogging on Newman Rd. around 8 p.m. Wednesday night, when a black truck with a snowplow attached to the front struck her dog Justice from behind. Justice ran away, and has not been seen since.

"He went so fast I couldn't find him," she says. "We searched all night long, and haven't had any sightings or anything."

A search team comprised of dozens of friends has tracked Justice's foot prints throughout the area, but no sightings have been reported. Wingate says Justice was wearing a red sweater she bought for him earlier in the day. His leash is likely still attached to him.

"I'm just worried that he's cold or hurt," says Wingate. "I'm really hoping that he's hunkered down somewhere, or that someone's taken him in."