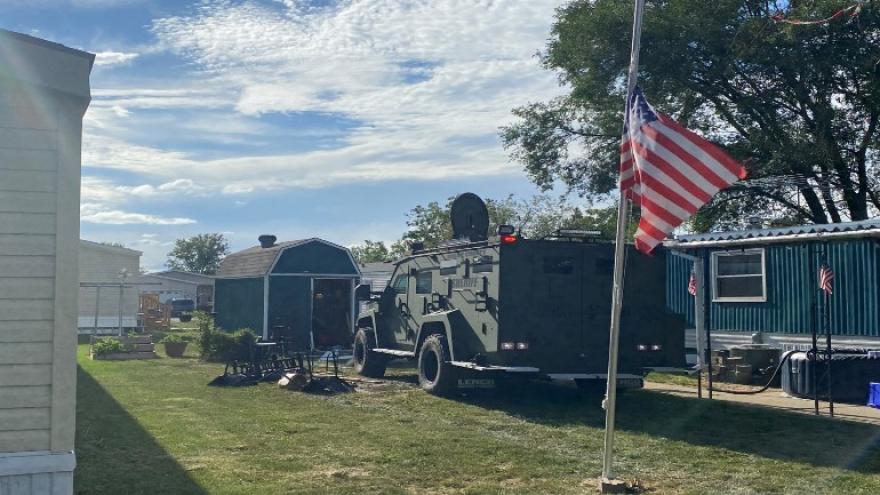 It happened at a home on Durand Ave. around 2:14 p.m. The Racine County Communications Center received a call from a 25-year-old woman stating that her boyfriend, who she lived with, had made statements about wanting to harm himself. The woman explained he had a handgun and was upset and went into the shed on the property.

Arriving deputies heard a gunshot and established a perimeter, evacuated the immediate neighbors and instructed other bystanders to shelter in place, officials say. Due to how close the shed was to the home, deputies utilized ballistic shields to rescue the woman and her two young children.

The Racine County SWAT Team was called to the scene and used an armored rescue vehicle to safely approach the shed so a tactical emergency medic could render aid. However, the 29-year-old man was found dead.

Authorities identified the man as 58-year-old Paul Bruner of Waukesha.

The Criminal Investigations Bureau is currently investigating the incident.