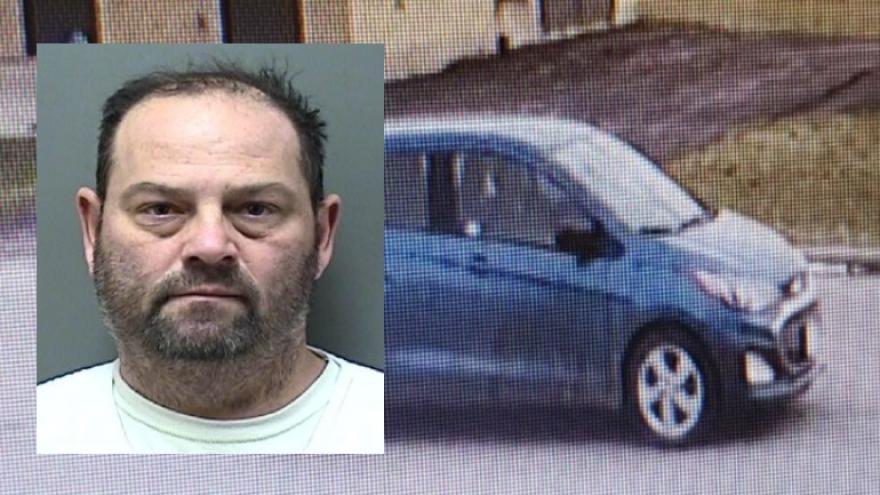 RACINE COUNTY, Wis. (CBS 58) -- A tip has led to the arrest of a suspect linked to a reported attempted child enticement that took place on Monday, Jan. 6 in Burlington.

The Racine County Sheriff's Office identified the owner and operator of the suspect vehicle as 48-year-old Michael Crane. He was taken into custody on Thursday, Jan. 9.

Anyone with additional information regarding the incident, the suspect, or his vehicle is asked to contact the Sheriff's Office.

RACINE COUNTY, Wis. (CBS 58) -- The Racine County Sheriff's Office is investigating after a man reportedly attempted to lure a Burlington High School student into his car on Monday, Jan. 6.

According to a press release, the female student was walking home when a man in a small, blue vehicle pulled up next to her and motioned for her to get in his vehicle.

When the girl refused, the man drove away, circled back and again motioned for her to enter his vehicle.

The girl again refused, and continued walking away. Authorities say the man then circled back and attempted a third time.

After arriving home, the girl immediately notified a parent, who contacted the Racine County Sheriff's Office.

The driver is described as a heavy set white man in his 40's, with dark hair, a buzz cut, and a short "scruffy" beard. He was last seen wearing a blue t-shirt and blue jeans.

Investigators located video that confirmed the student's account of events. The vehicle is believed to be a Chevrolet Spark or similar type of vehicle, missing its passenger side rear hubcap or having a spare.

Anyone with information regarding this incident is asked to contact the Racine County Sheriff's Office at 262-636-3190.