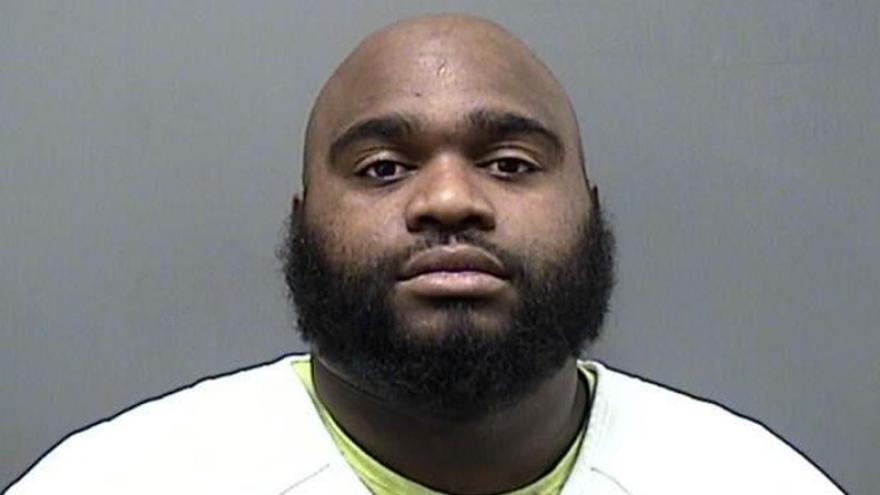 Joseph Ammons, 30, of Milwaukee has been charged with the following:

According to a criminal complaint, on March 2, deputies from the Racine County Sheriff's Department received information that Ammons -- a now former corrections officer at the Racine County Jail -- was acting very suspicious during his shift.

The complaint says Ammons was assigned to work an area in the jail but asked to switch to work on another floor, 2B. Officials say the corrections officer working 2B said they could not switch assignments.

During his shift, Ammons allegedly went to 2B and asked the CO if they needed assistance. When Ammons was told no assistance was needed, he allegedly insisted on doing a guard check in block 2B. Authorities say Ammons went straight to cell 11, and motioned for the acting CO to open the cell.

According to the complaint, Ammons walked into the cell which housed two inmates and walked out after a few minutes. Ammons reportedly did not go into any other cell. When asked why he only went into that cell, Ammons allegedly stated it was because a blanket was hanging up. Officials say the other CO knew that was not true as he had performed a guard check not long before.

The complaint says a team was assembled to conduct a shakedown of the cell. In it, officials found a bag that looked like Hot Cheetos with a THC sign on the outside, and three bags of gummies that read THC infused gummies. Each of these were tested and tested positive for the presence of THC.

In addition, an open Pepsi bottle was located that had a brown liquid inside. Upon smelling the liquid, officials believed it to be alcohol.

Authorities spoke with Ammons about his actions. According to the criminal complaint, Ammons first stated he only went to 2B to talk to the inmates. He eventually, according to the complaint, stated he brought in some weed gummies for one of the inmates. Ammons allegedly said he knew the inmate from the outside due to his relationship with his father. He reportedly said, "he got to me."

Ammons was allowed to leave the jail and turned over his work ID, door access card, computer FOB and duty belt.

According to the criminal complaint, authorities attempted to contact Ammons by phone but it appeared to be off. At one time, Ammons allegedly answered his phone and when a deputy identified himself, Ammons immediately hung up.