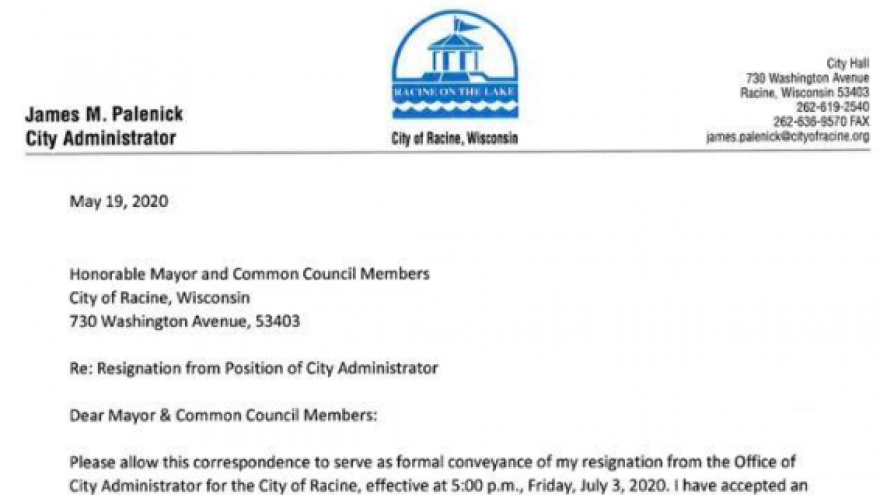 RACINE, Wis. (CBS 58) – Racine City Administrator James Palenick sent a letter to the mayor and Common Council members on May 19 stating his resignation from the job.

In the letter, Palenick said he will leave the position on Friday, July 3 to become the City Manager of Middletown, Ohio beginning July 13.

Palenick said he believes the city has a ‘very professional and competent leadership team’ and he is leaving it in ‘solid and resolute’ hands.