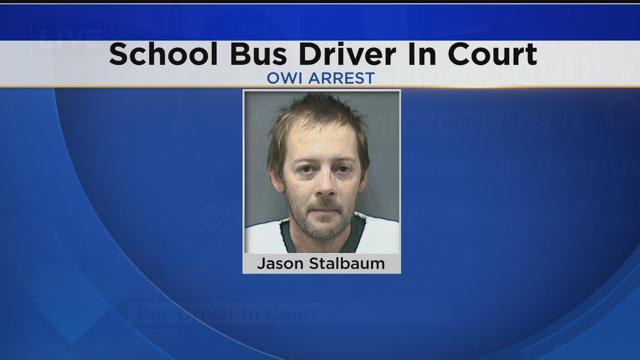 Thursday 38 year old Jason Stalbaum was charged with four counts of recklessly endangering safety after nearly tipping over the school bus he was driving, while high on prescription drugs. 911 calls show one good Samaritan followed behind the bus to make sure everything turned out OK.

A criminal complaint says when deputies finally caught up to Stalbaum they performed some field sobriety tests. All of which he failed, telling police he had taken clonazepam and morphine sulfate at lunch, drugs that he said make him feel high.

When the Good Samaritan called 911 operators couldn't believe what they were hearing.

"He should probably be checked out. It's yellow bus #47 and he's got cornstalks hanging underneath," said the caller.

"He went off the road yes," said the caller.

"It's a school bus?!" asked the operator.

"Yeah I thought it was gonna tip over but he managed to get it on the road.." said the caller.


We reached out to the bus company, SNJ Bus Company who had no comment.
The bus driver is a mechanic there, as well as the owner of the company's son.