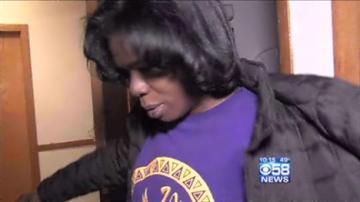 RACINE- Residents of one apartment complex in Racine have been going without heat with temperatures dipping into the 20's and 30's this week.

The tenants at 2700 Jacato Drive said this has been going on for the entire month.

Many have resorted to using their ovens and space heaters to warm their apartments.

There are a dozen tenants.

Using an oven in that manner is very dangerous. It can cause a fire and carbon monoxide problems.

Tenants have been pointing the finger at Brian Walton.

Walton said the issue is that the building used to be a bank-owned property, but the bank went under.

He added wow it's owned by the federal government and that he is no longer the manager.

He claims to now be a glorified rent collector and powerless to make repairs.

Nevertheless, the Health Department told him to get the tenants heat by Monday or relocate them.

CBS 58 was told this may be bigger then just Jacato Drive in Racine.

When Kenosha bank went under, Walton said they had a total of 600 residential units in Racine and Kenosha that are now in the control of the FDIC.

CBS 58 was also told Friday night that for the time being Alderman Ed Diehl purchased 15 space heaters out of his own money for the Jacato Drive tenants so they don't have to use the stoves.